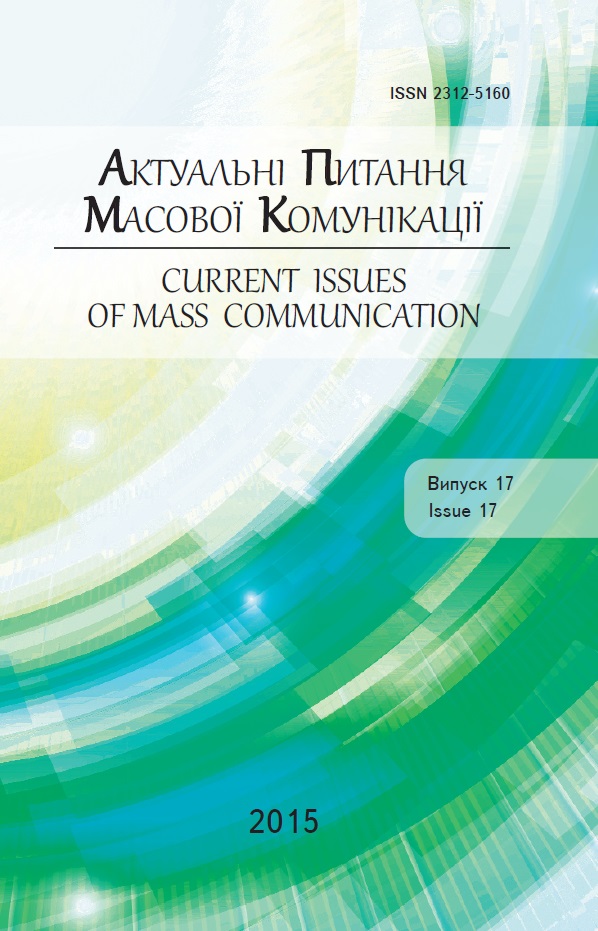 Summary/Abstract: The main objective of the study was to find out the typical scenarios of the viral content transformation in the contemporary communicative practice, as well as to identify the typical directions of changing both form and meaning of the content that had been actively spreading through the web.In this research the authors primarily used the method of descriptive analysis to reveal the features of the media virus’ main components in the Internet. The method of synthesis was used to identify the common patterns of the viral content transformation.Results / findings. The authors identified scenarios of media viruses transformations during their distribution in the various web platforms designed for communication.The directions of meme transition from the offline communication to the online one and vice versa were detected. The reasons for such changes were identified as well as the communication environments, which conduce selecting of certain directions for the viral content transformation.It was found out that the memes as units of actively horizontally disseminated information are extremely labile. They vary both in forms, in which they are transmitted from one man to another, and in their actual meanings. The course of changes of the viral content that contains a certain meme primarily depends on the form of such content. In many cases, the content can remain unchanged, when the form is changing. In some cases the viral content gets an additional meaning. Sometimes a combination of two media viruses occurs, thus actually shaping the third one or at least significantly altering the original meaning. Occasionally there are cases when the meme during its spreading and usage in communications, changes its value into completely opposite.