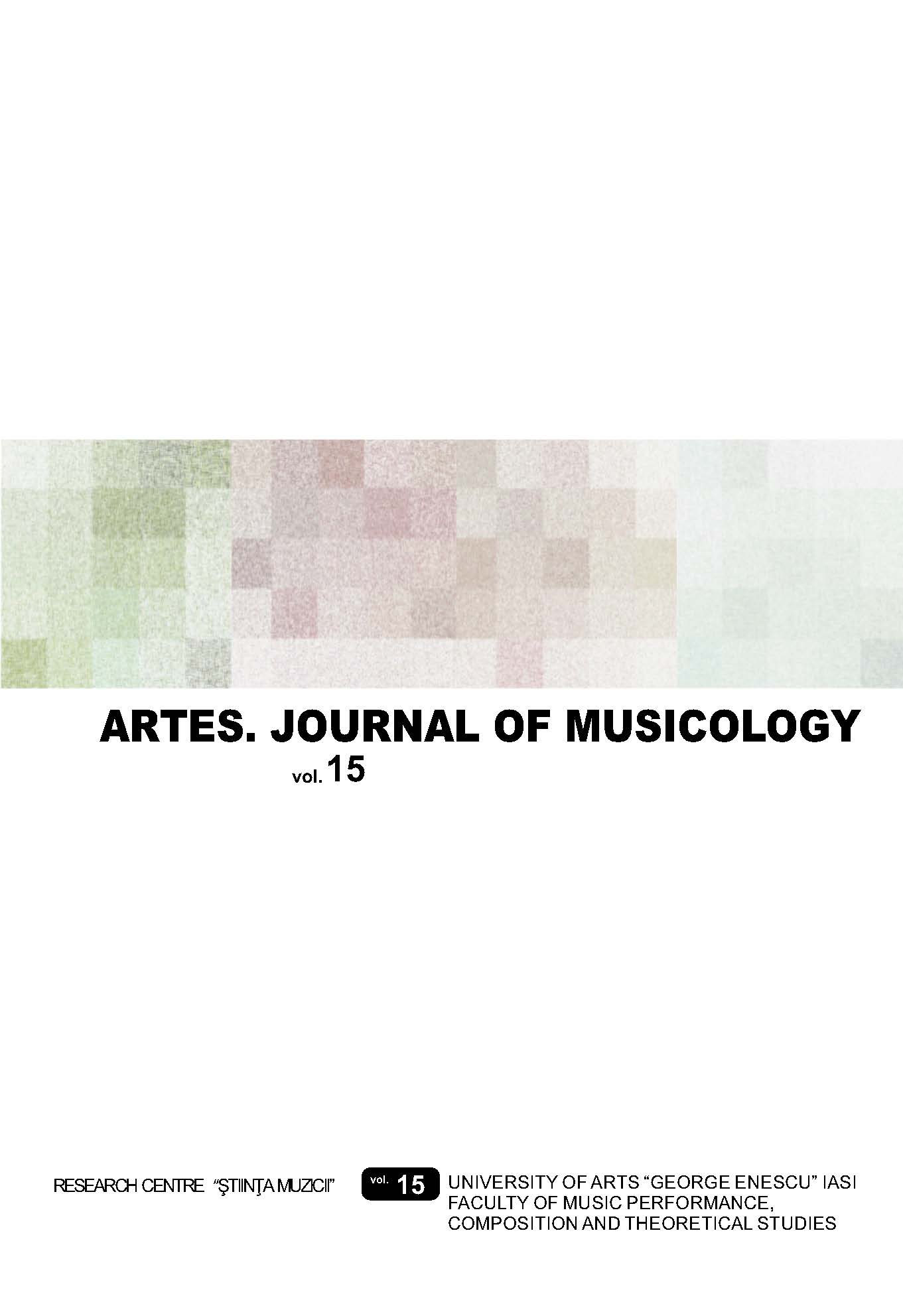 Summary/Abstract: In Romanian musical culture, Felicia Donceanu remains a reference name for having composed songs in which she realised an original synthesis between Romanian folkloric elements and modern intonational systems. The present paper is focused on the compared analysis of two songs composed by F. Donceanu – Cu penetul ca sideful [With plumage as nacre] and La mijloc de codru des [Midst the dense old forest stout], included in the cycle entitled Imagini [Images] based on Mihai Eminescu’s poetry. The detailed analysis of musical language elements represents the basis of the musicological investigation, while the hermeneutic commentary, focused on the symbiotic aspects between sonorous parameters and M. Eminescu’s lyrics is formulated in order to grasp as deeply and widely as possible the semantic substrate of the musical-poetic discourse.