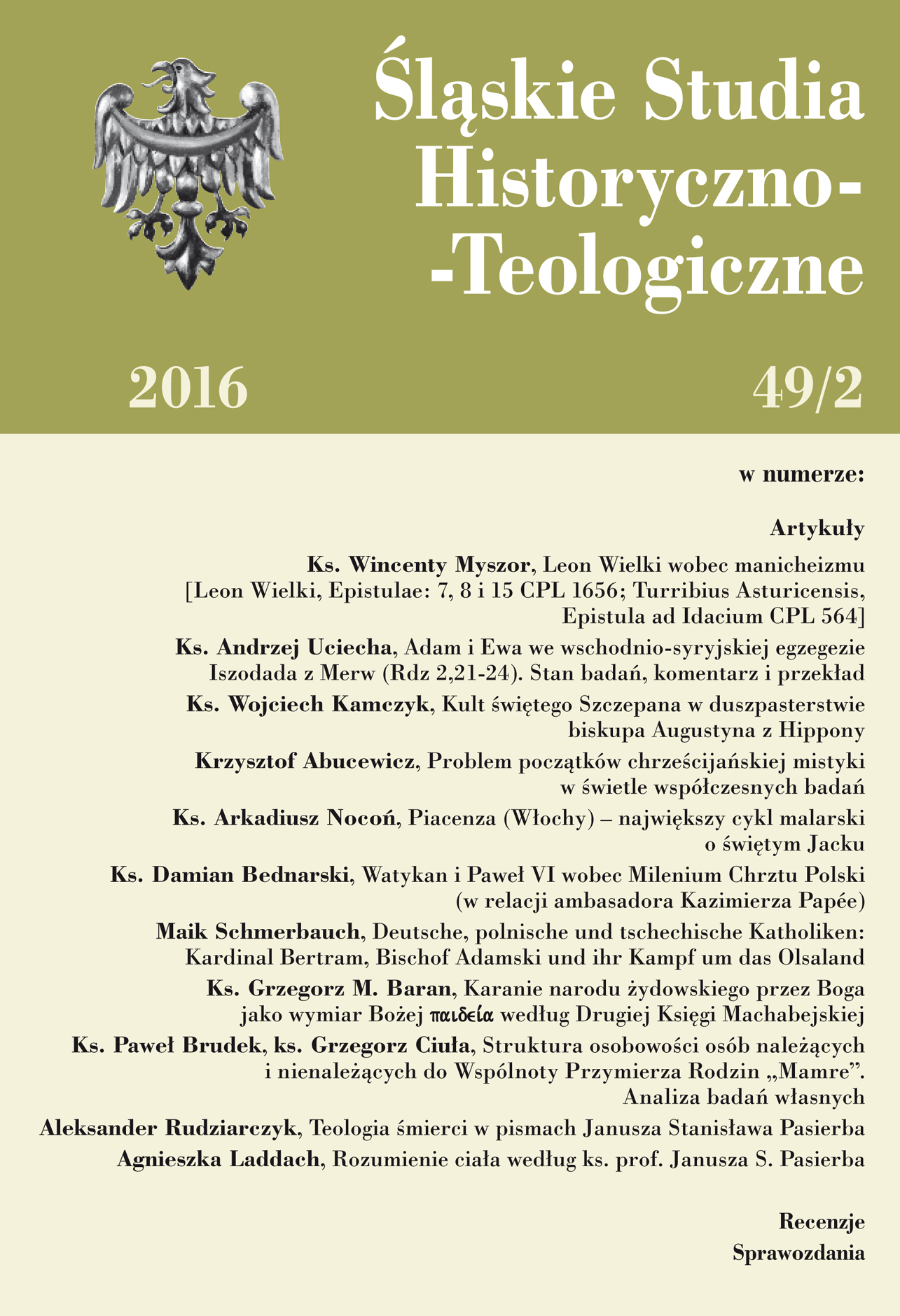 Summary/Abstract: The celebrations of the Millennium of Poland’s Baptism in 1966 spread not only across the Church in Poland, but it was also the Polish community abroad as well as Pope Paul VI who joined them. The text refers to a few events proving the pope’s spiritual and physical connection with the Poles at that time. Thus it describes the efforts concerning the realization of the planned (but never happened) pilgrimage of Paul VI to Jasna Góra, the pope’s participation in the inauguration of the Roman celebrations of the Millennium (13 January 1966), his welcome of the Polish pilgrims and deliverance of a homily to them on 15 May 1966, as well as emphasis placed by the pope on the role of Poland in the Christian Europe during his speeches directed to the cardinals in June and December 1966. The author based his analysis mainly on the little known and rarely cited documents, stored in the Pontifical Polish Institute in Rome. They include notes, reports and letters of the the ambassador Kazimierz Papée. These documents were confronted with the notes of Cardinal Stefan Wyszyński, written in the millennial year.