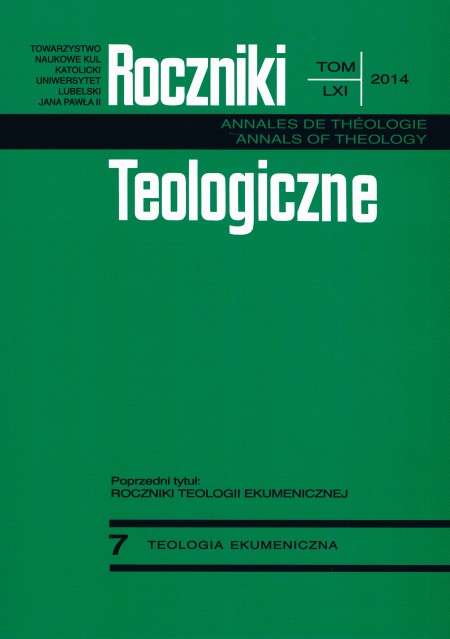 Summary/Abstract: The now-western cultural patterns play more and more important role in the social commitment of the World Council of Churches. This is certainly a sign of the growing impact of Christians from the non-European and non-Western countries. The cultural patterns they promote, appears to be unfamiliar to the European Christians. They might be also sometimes controversial as they are used due to various political reasons. Yet, the race to the bottom of the Western civilization, which seems to be more and more fast, urges to search new anthropological and theological images and categories. The article highlights the two particularly important concepts of Sumak Kawsay and Ubuntu which might be used by the ecumenical movement when facing various challenges of the postmodern world.