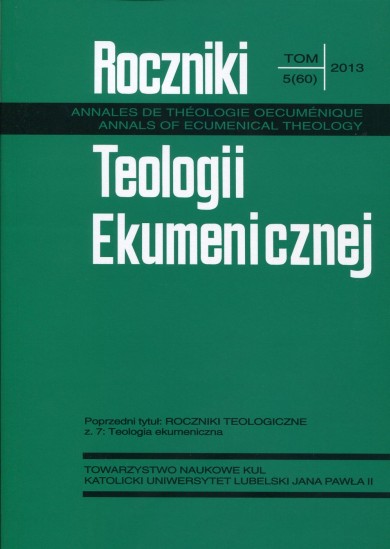 Summary/Abstract: The article aims to explain how far the Augsburg Confession has been impacted by the person of Phillip Melanchthon. The history and the content of the Confession, which is still declared to be one of the most important documents of the Protestant Reformation, confirms the dream of its author about one, non-divided church. However, Melanchthon did not write his confession of faith, but the confession of whole Lutheran Church. His work bears the witness of going against the various current trends of the continuous struggle. The Protestant Reformation, despite itself, resulted in the Christianity torn apart. The Augsburg Confession was an attempt, however unsuccesful, to reconcile divided churches. Yet, this is the reason to consider the Confession as the document of an ecumenical character. Today, in the light of the Joint Declaration on the Doctrine of Justification, its ecumenical feature is stressed again, for the doctrine of justification by faith alone was the theological background and the normative key of the Confession.