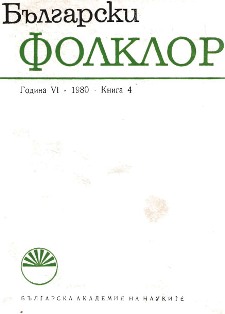 Summary/Abstract: The author has made a survey of the aspects in which proverbs have been, and should be investigated from the point of view of the communication theory and semiotics. Folklore in its prevailing form of existence as a means of communication has been described as a code, which is realised in definite messages. Hence, the principles of the communicative process hold good with it. An emphasis has been put also in this respect to the importance of the idea of the ethnography of speaking. The author has traced out how the fundamental theoretical and methodological formulations from the communication theory and semiotics have been applied in the study of proverbs. She has made a detailed reference to the ideas of G. Permjakov and Seitel regarding the sign character of proverbs in the communicative situations and the logical relations expressed in them. While giving her own critical remarks to the ideas analysed, she has also given the basic prerequisites from which, in her opinion, the logical and semiotic proverb research should start. The author also proposes a correction and an addition to the model of Seitel for describing the use of proverbs. Distinction of levels should be made in the text of the proverbs as signs – expression, contents and meaning in the case of metaphorical proverbs. Besides, proverbs should be characterized not only as cultural and historical signs with a definite meaning (semantics), and in their relation to other proverbs (syntactics), but they should also be studied with regard to speaker and listener (pragmatics), as well as to their function in the intrapersonal communicative act.