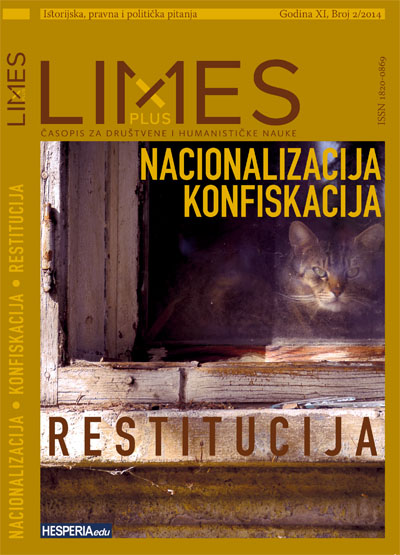 Summary/Abstract: The focus of this research is the process of arianization of the immovable Jewish property in Belgrade and its fate in the post war years. The introduction is focused on the life of Belgrade Jews in the prewar years, first Antisemitic laws and discrimination of Belgrade Jews. In a course of the few months and years once equal citizens lost their jobs and positions. The worst happened after the German occupation in April 1941. the new authorities made lists of all Belgrade Jews and all of their property. After the Holocaust there were less than 15% of Belgrade Jews left with just scratches of their prewar ossessions. The new Yugoslavia did not help much economical situation of its Jewish citizens, the mechanics of keeping as state property the immovable property that was taken as the result of the Holocaust, remained strong and constant in the decades following 1945. The 4 different case studies describe different cases of nationalization of the Jewish property by the Yugoslav state. Outcome in all of the 4 cases was the same and although the old owners were accepted as the Nazi victims their property was still the property of the old Belgrade bourgeoisie. That is the reason why the Holocaust in Belgrade and its consequences were so devastating and one of the answers why once big and prosperous Jewish community of Belgrade could not escape hard post war years.