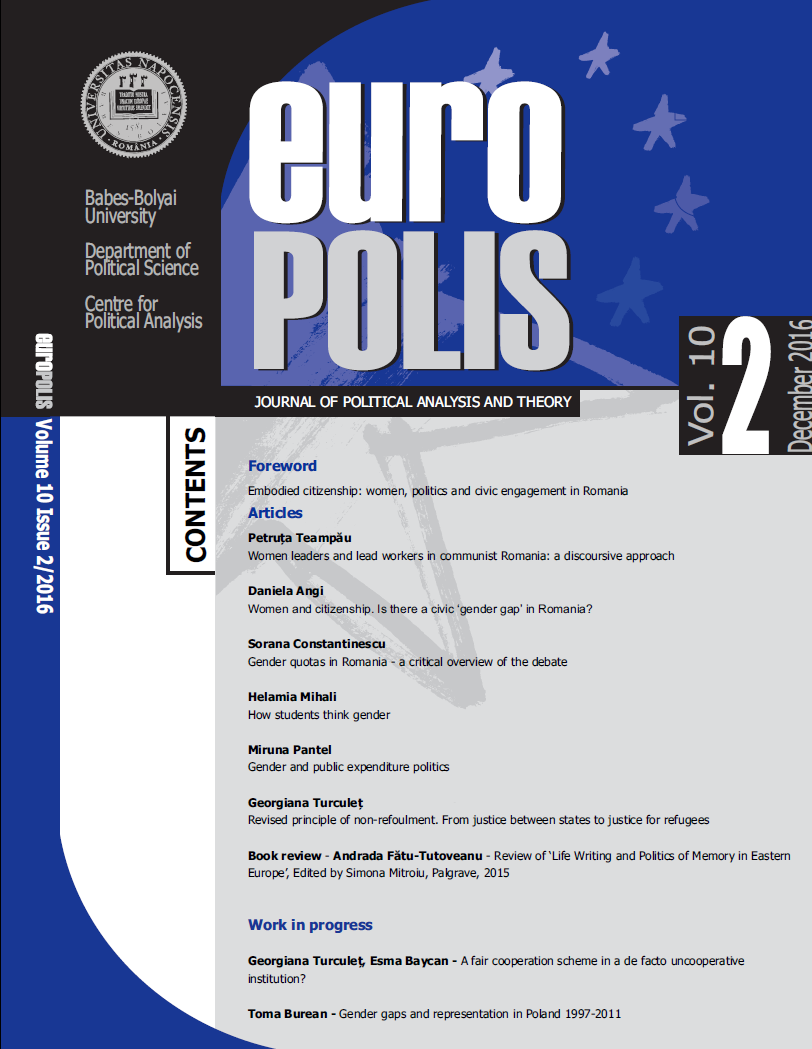 Summary/Abstract: Recently the Romanian political landscape has seen some discussions around improving women’s participation in politics, and more specifically around the implementation of gender quotas for party-nominated candidates. In this paper I will outline the general context in which this debate is taking place, specifically the evolution of the level of women’s participation in politics after 1989, and past attempts to rectify this. Afterwards I will critically address the most widespread arguments for or against gender quotas, in order to put the local debate in a global context. Finally I will provide an overview of the types of gender quota policies, with their particular strengths and weaknesses, as well as draw some general conclusions about what mix of policies would be more effective in achieving an increase in the number of women in politics at all levels.