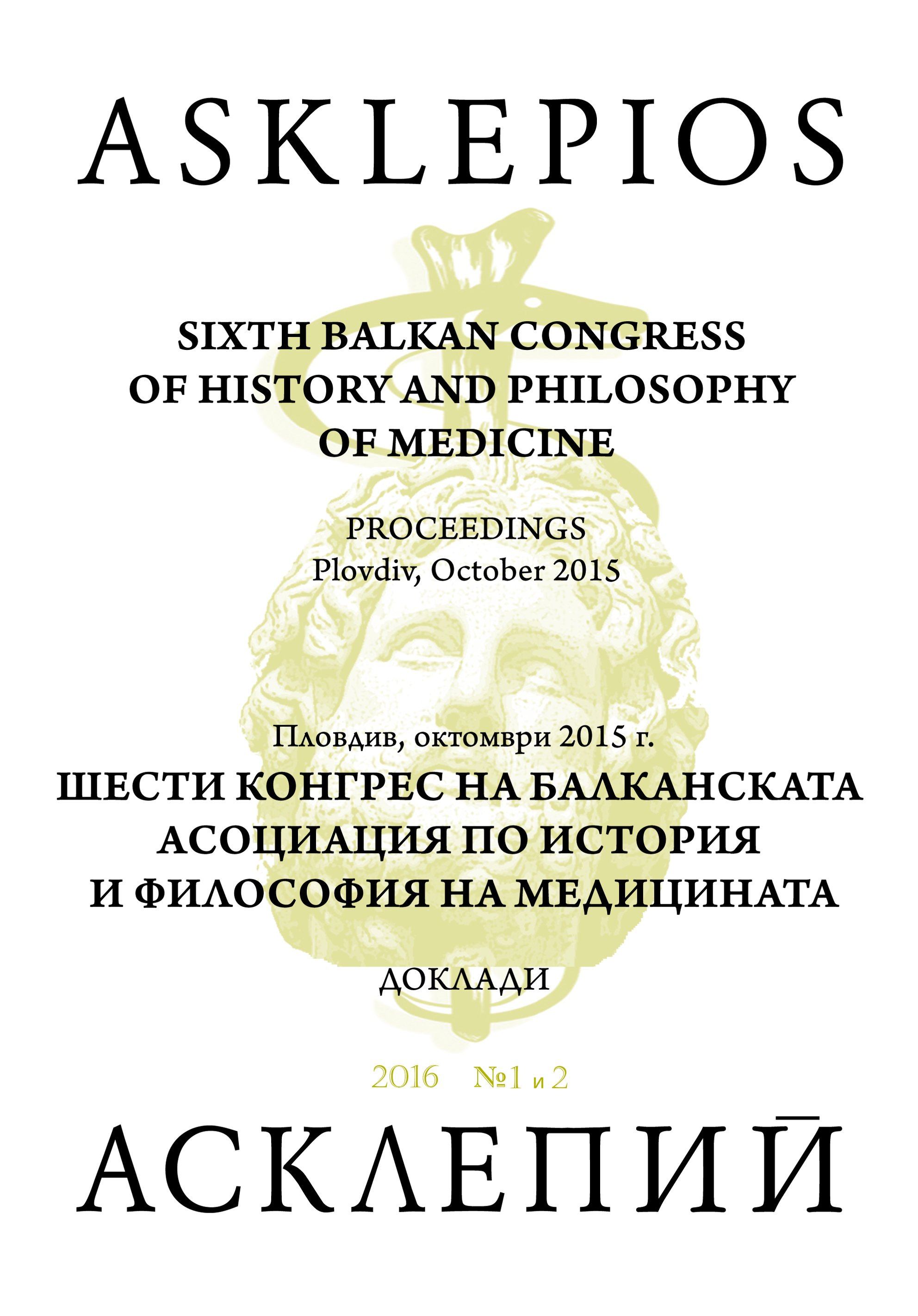 Summary/Abstract: In this study, all available archaeological, epigraphic and numismatic data about medicine in the ancient cities of Odessos (modern Varna) and Marcianopolis (modern Devnya) in Roman- and Roman (Late Antique) periods (1st – 5th c. AD) have been described and discussed. The grave-finds of medical instruments and accessories in the necropolis of Odessos did prove the existence of professional medical care in the city in 2nd -3rd c. AD. During Roman time, there were a number of physicians in the city, who were organized in an association or collegium, led by a chief-physician – archiatros. From mid 2nd – to late 4th c. AD, in the city functioned a temple and a sanctuary dedicated to the healing gods Asclepius and Hygeia. In Marcianopolis medicine was practiced starting from 2nd c. AD up to mid- 5th c. AD. There was a temple of Asclepius (and Hygeia?) and maybe a sanctuary of his son Telesphoros too. A large set of over 30 medical instruments and associated to medicine accessories discovered in a 5th c. AD house proved the existence of sophisticated medical knowledge in the city and here in Late Antique period too. These finds evidenced the continuity of practicing medicine and apart from the usual medical treatment of patients the local physicians performed also lithotomy, cranial and special gynecological operations.