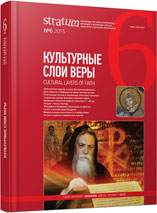 Summary/Abstract: Archaeological investigations in 2009—2013 at a Late Antique fortified town located on Cape Sveti Atanas yielded several sacral complexes, dated between 6th c. BC — early 7th c. AD.In the South-Eastern part of the cape there have been unearthed tens of Thracian sacrificial clay altars and a temple (?) dated back to the 5th — 1st cc. BC. Close to this complexes, several marble sculptures and a votive relief representing the labours of Heracles have been also discovered. These finds are probably connected with a Roman sanctuaryof 2nd—3rd cc. AD dedicated to this ancient divine hero.The most interesting discoveries belong to the Early Christian period of late 4th — early 7th cc. AD: a three-nave basilica with one apse and two baptisteries; a residential house of the priest and later a local bishop (chora-episcopus) as well as a storge-house for keeping the gifts donated to the church and a sacred well/spring next to the church building.The Late Antique fortress on cape Sveti Atanas was erected most probably in late 4th century AD. Soon it became a local port town and Christian center of the region.The fortification was renewed a couple of times after natural calamities and barbarian invasions. In 614 AD, after an attack of Avars and Slavs, the town was captured, burned to ashes and abandoned.