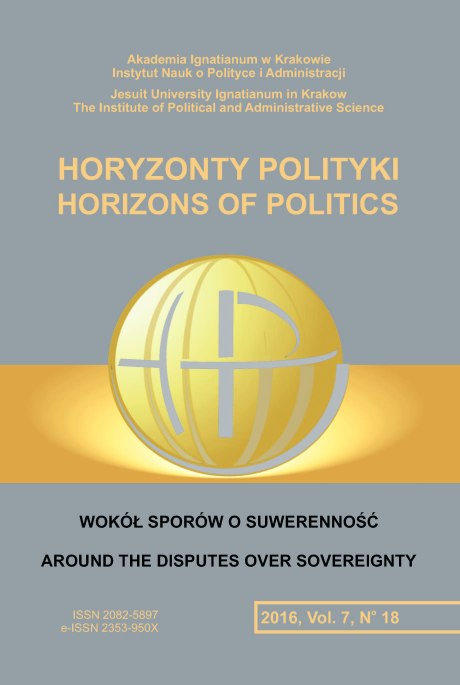 Summary/Abstract: Research Objective: The purpose of this article is to present an important theoretical proposition which lead to establish hierarchical Roman Church as the first in the history sovereign political being.The Research Problem and Methods: Some researchers, among them the author of the present text, try to prove that as from the second half of the 19th century, the papacy which crowned the Roman Church aimed to establish a legal entity, independent from the influence of secular rulers.The Process of Argumentation: The concept of the Church as sacerdotium, and especially the concepts justifying the independence of the Pope as a legislative authority, were of special importance in this regard, since they were based on a thesis assuming the need for legal order undisturbed by the will of a secular legislator. These concepts, supported mainly by the document of Pope Gregory VII, Dictatus papae pronounced in 1075, have been worked out by the 12th and 13th century jurists of religious law not so much on the basis of Roman law (regarded as possible to be interpreted, yet unchangeable), as on the basis of religious law, open to modifications and even changes, introduced slowly, yet consciously.Research Results: The changes of canon (religious) law shaped in the way presented above were both to justify the universalistic political demands as well as to enable the elaboration of concepts supporting the legal independence of the Church and the primacy of the Pope in it; independence from the “external” influence on the “nonterritorial” community of those believing in Christ, lead by the hierarchical sacerdotium, so a group of clergymen. Conclusions, Innovations and Recommendations:In the eleventh and twelfth centuries was establish very important political proposition, which peaked in the next century in papalistic as well as hierocratic conception of the Church. This proposition was important not only for the Church, but also for another political beings in the Late Middle Ages and at the beginning of the Modern Times, above all in Renaissance.