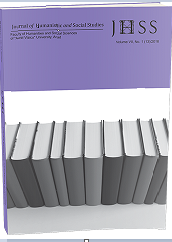 Summary/Abstract: From Plato to Marx and beyond, human kind had a constant preoccupation for bettering the world, strived for its improvement and, ultimately, aimed to create a perfect society, unaffected by change. This article discusses some well-known utopian and dystopian literary writings and aims to highlight the development of some shared major and minor themes common for both forms. The paper forwards the argument that the utopian is always interrelated with the actual.