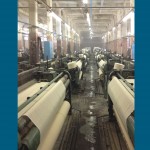 Summary/Abstract: The article is devoted to industrial villages which existed in Russia in the late 19th – the early 20th century. They were a special form of industrial settlements, widely spread in the Central industrial region of Russia including Vladimir and Kostroma provinces. Yuzha was one of those settlements; now it is a district center of Ivanovo oblast. The main elements of the pre-revolutionary industrial and sociocultural infrastructure are well preserved here. The author examines the “museumification” prospects of this historical complex consisting of factory buildings, hospitals, schools, clubs and other objects. The article describes the first steps of the museum exhibitions creation reconstructing the life of a typical industrial village more than a hundred years ago.