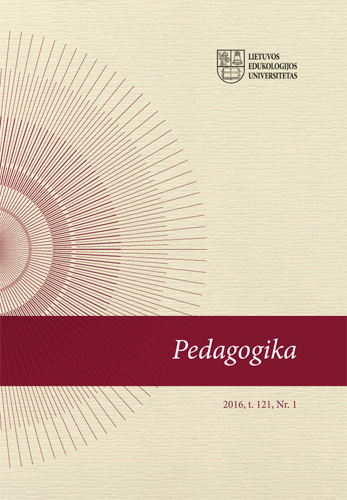 Summary/Abstract: Antanas Smetona (1874–1944) was one of the most active promoters of the in nate self in the early 20th century. His attention to the national heritage and the native language was directly related to the growth of the movement of national liberation at the turn of the 20th century, as well as the struggle for the democratic school and the rights of the native language. Accordingto the author, the Lithuanian revival was more than just the retention of the parent language. Rebirth meant the rise from contempt, recognition by other nations, spiritual renewal, and promotion of traditional values. More than once A.  Smetona wrote in the press about a difficult state of the Lithuanian language and the disrespect of Lithuanians for the native language. He blamed intellectuals (teachers, journalists, or authors of textbooks) for their indifference to language pollution and advised everybody to learn Lithuanian from dialects, fiction, and quality press. A.  Smetona encouraged intellectuals to improve the native language and raised the idea of the reinstatement of the language section in the Viltis newspaper; he believed enthusiasts able to moderate it would appear. He repeatedly emphasised the issues of language standardisation and purification, as well as the related problems, formulated the functions of the Lithuanian Language Commission setup in 1911, and recommended theoreticians and practitioners to join efforts in the solution of the language standardisation issues. As the author cherished the idea of a free nation, he stressed that the system of education has to be of a national character, all the Lithuanians have to at least learn to read and to write Lithuanian: the tsarist government-established primary schools did not provide the skills, therefore, the author encouraged learning from the experience of secret schools. Under the then conditions, family or home schools were the only way out. However, it was necessary to write textbooks, primers, reading and writing books suitable for family schools, and to provide quality Lithuanian penmanship examples.A. Smetona responded to the state of the Lithuanian language in Lithuanian secondary schools and taught in Vilnius gymnasiums after his working hours in the bank. A. Smetona believed that Lithuanian intellectuals had to demand more from the authorities, to be more active, and proposed to set up a committee to deal with the issues of the Lithuanian language.