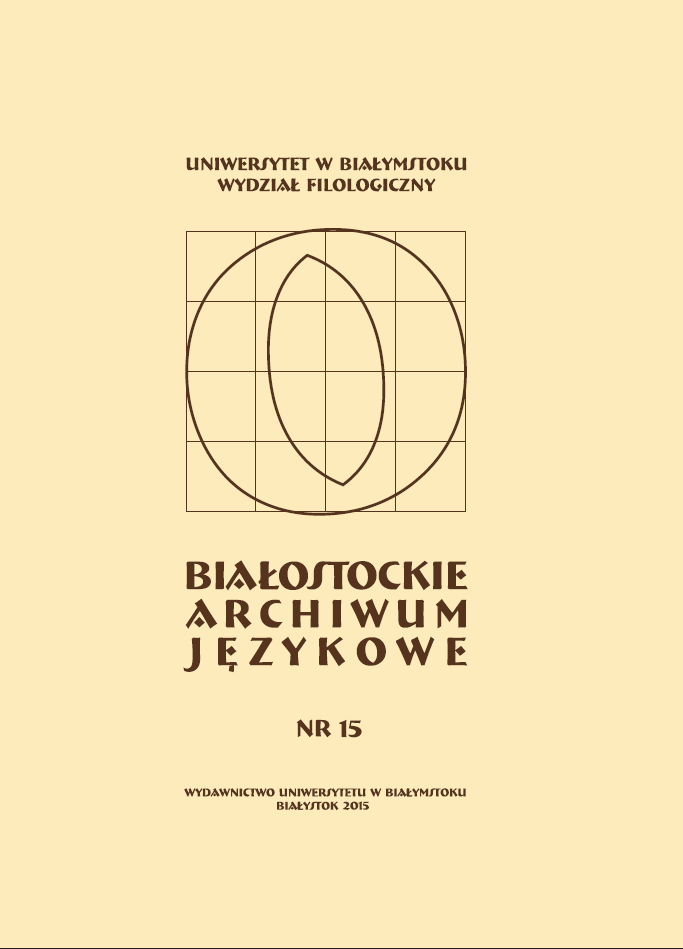 Summary/Abstract: This article is devoted to the Polish translation of sequences of direct speech in selected French novels. The words under analysis are the verb dire as well as mais. In the case of introductory discourse there is a tendency to enrich the semantic circumstances of the generation of the speech act quoted. There is often a verb specifying the various aspects of this act, the context of the verb is sometimes expanded as well to include elements drawn from the narrative. In the Polish version appears a reference to the situation where in original French the parameters of the act of speaking (for example, the interlocutor), are indicated explicite. Replies starting with mais bring into the translation a wide range of expressions related to the interaction and the “enunciative attitude” (the concept of J.-C. Anscombre) of the opposition is expressed by a whole range of measures and in the Polish language is strengthened or weakened. The observed phenomenon is interpreted as a manifestation of the creativity of the translator, especially affecting the referential and expressive function of the target texts.