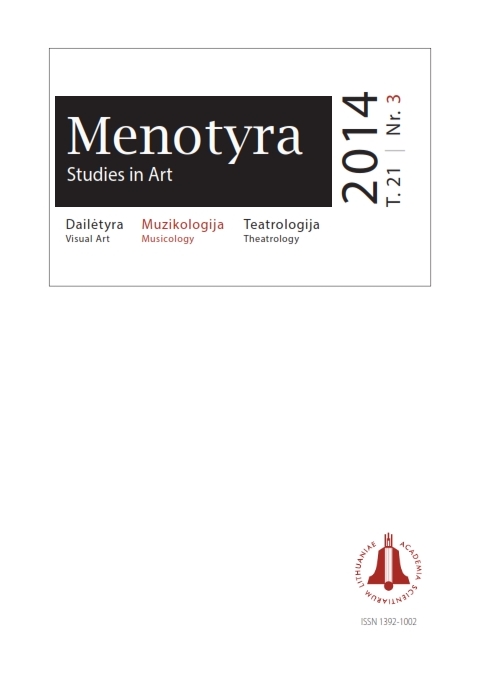 Summary/Abstract: The object of this paper is the Vilnius seminary’s manuscript sheet music books re-written in 1828. These are the books of vocal parts. In the first pages of the two surviving books - Canto 2 and Basso vocale - it is written that there were four of them (Canto 1 and Tenore have not been found up to now). Considering the specific of the creations, it is possible to assume that there was a fifth one, dedicated to the organ accompaniment and maybe a few more, dedicated to the instrumental ensemble. Vilnius seminary’s books were found in Vilnius, in St. George the Martyr Church. It is not clear in what conditions they were kept for almost 200 years, who and how much used them during this long period. In 2010 both books were restored in the Lithuanian National M. Mažvydas Library’s Document Restoration and Conservation Centre: cleaned off the dust, collected through time scurf, mildew. Now the manuscript is kept in the library’s archive. Basso vocale was chosen for the analysis of the books. It has 309 pages marked using inks. The content of the Vilnius seminary’s book consists of vocal-instrumental liturgical creations: masses, hymns, versicles, vespers and others. Most compositions are anonymous; found are only a few composer names: Martin Zebrowski, Francisco Selesio, Zygmunt, Rulewicz, Józef Elsner and Karol Kurpinski. It’s clear that the authors (only with one exception) were local creators or composers of Polish origin. Originality of the Vilnius seminary’s book lies in the fact that it contains re-written compositions in four languages: Polish, Latin, Russian and Jewish. It is a direct reflection of multilingual and multicultural Vilnius of the first half of the 19th century. At the end of the book there is a memorable account about a flood which destructed Vilnius in 1828, written in Polish. It is possible to assume that the whole book was dedicated to the memory of the horrible event and to the prayers for the future.