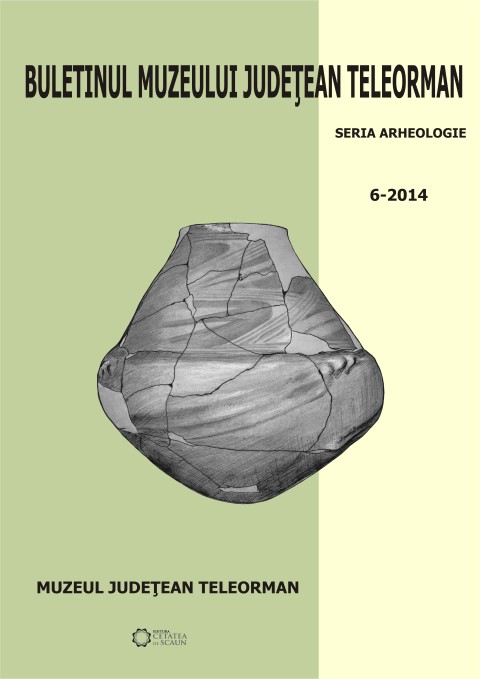 Summary/Abstract: Rescue excavations were carried out in 2009 at Belciug village on the Bucharest- Ploieşti highway, near Km. 43. The relatively complex stratigraphy comprises two levels of Latène habitation superimposed by a settlement dated to VI-VII centuries AD. Above this layer several Late Medieval features (dwellings, pits) and four inhumation burials, oriented according to the Christian ritual, were uncovered. The site is placed on an ancient terrace of the Teleajen River. This study presents the archaeozoological material found in the Ist millennium AD habitation level. The rich fauna remains were collected directly during the excavations, not during the soil sieving. The animal bones were found in the fill of pit-houses, in the archaeological layer, and rarely in storage or waste pits. The analysed sample comprises 1283 remains. Of them, 98.67% are mammal remains and the others birds, fish and molluscs. Most of the bones are attributed to domestic animals, two species prevailing: bovine and pig, which are relatively equally represented in the analysed sample, followed by sheep/ goat and horse. While the number of bovine fragments is twice as large the number of estimated individuals is higher for pigs. Sheep and goat appear to be of secondary importance, but not insignificant. Hunting and fishing seem to play an insignificant role. Wild boar is represented by a small number of fragments and three individuals. The presence of an antler with preserved burr is indicative of antlers gathered from the woods rather than by hunting. However, the presence of a red deer scapula is a sufficient indicator for hunting. For both boar and red deer the small number of bone remains come mainly from the meat rich limb areas and this may suggest the selective transportation or distribution of the most important body parts of the hunted animals