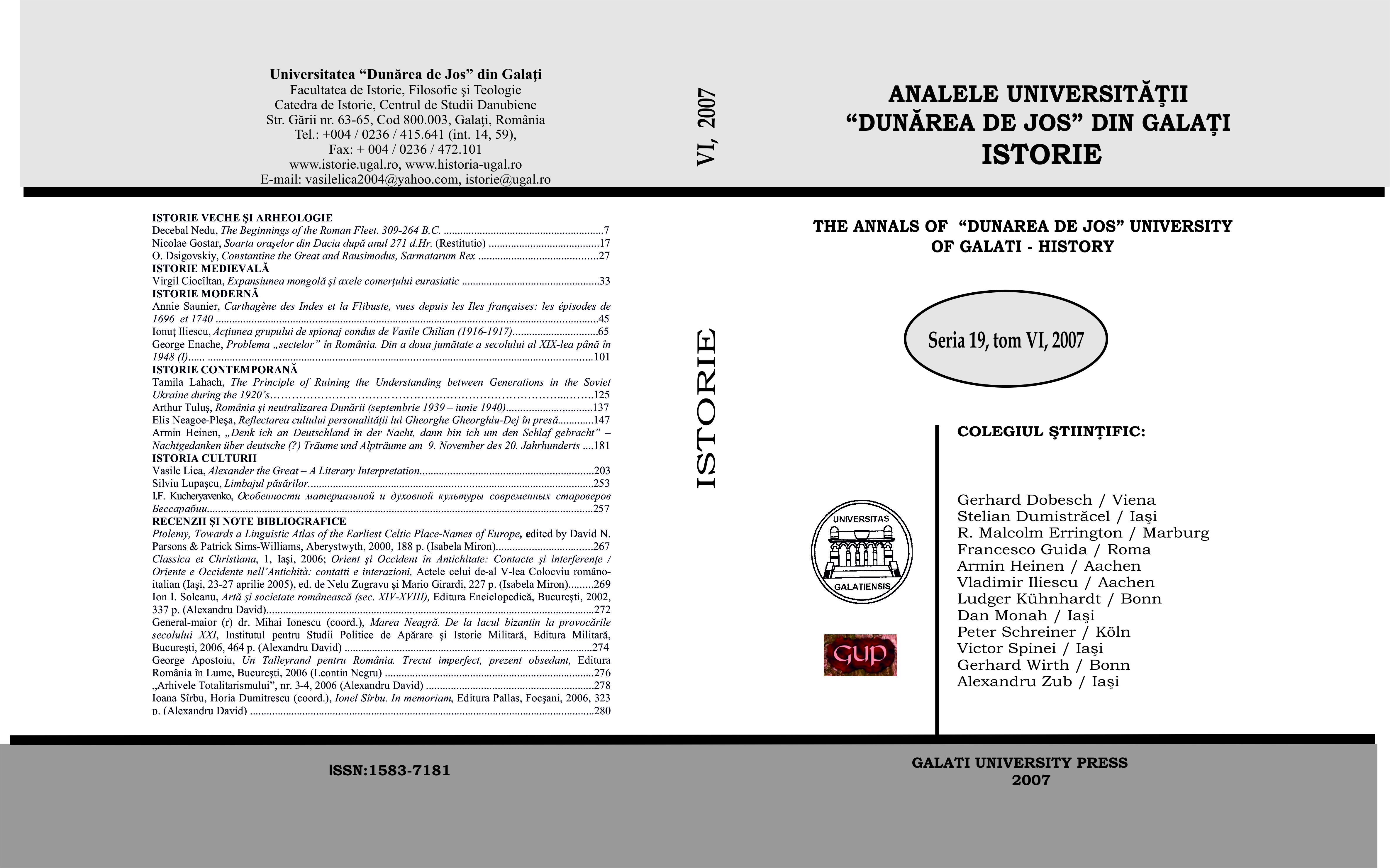 Summary/Abstract: After the beginning of WWII, the neutral riparian states tried ant to a great extent managed, but only until June 1940, to keep the Danube outside the world conflagration. In this sense, Romania played a key-role, as the Romanian authorities controlled the Danube Mouths region, and together with Yugoslavia, the Iron Gates, the only vulnerable sectors of the river in the context of the sabotage actions attempted by the two belligerent sides.The desire of the Danubian states, which were still not involved in the world war, to impose a regime of severe neutrality on the river was materialized in the resolution adopted at Belgrade by the members of the International Commission of the Danube (April 17, 1940); the decision was extended, following the unanimous vote of the members of the European Commission of the Danube, up to the Black Sea.From a different point of view, the neutrality did not mean the suppression of the international regime of navigation. Despite all these, the measures adopted by the riparian states also had a certain role of offering privileges and securing their own fleets on the river, by not granting the same advantages to the ships of the belligerent states (this being contrary to the principle of equal treatment for all flags).