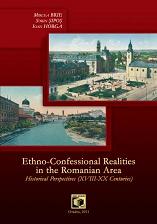 Summary/Abstract: The colonization of Bessarabia with German ethnics was part of an older and wider plan of the Tsar; the plan aimed at drawing colonists to exploit and ensure a more dense population of the border areas of Russia. Due to poverty or to various political and religious reasons, the Germans left their native country and, especially during 1814 – 1901, they settled in Southern Bessarabia (Bugeac), being allured by the promises and the facilities the Tsar Alexander I-st gave unto them. After Bessarabia became a part of Romania, the Germans, as a result of their demographical increase, founded some new villages. Between the two world wars, the German community amounted to about 3% of the inhabitants of the areas between Nistru and Prut (numbering 2.8 millions people). The conclusion of the Ribbentrop- Molotov Pact (23-rd of August, 1939) took into account the future of these German ethnics. The Fuhrer trumpeted his new politics of repatriating, within the boundaries of the Reich, the German ethnics from the East and the South-East of Europe. The Germans from Bucovina and Bessarabia, frightened by an eventual Soviet assault on Romania, rallied to the politics of the Fuhrer. When Romania lost Bessarabia and the North of Bucovina, more than 130,000 Germans found themselves included within the Soviet Union.