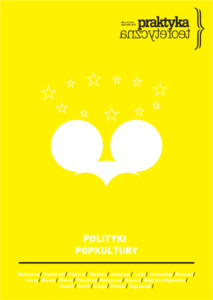 Summary/Abstract: The tension between Soviet Union and United States that defined the global political landscape of the second half of the twentieth century, had its clear impact on perceptions and creation of Soviet heroes in the context of American culture. The first and primary goal of our article is to investigate and describe the functioning of a particular theme – Russian characters, especially Russian meta-humans in the area of American popular culture, especially mainstream comics. This inquiry is intended to demonstrate the basic historical dimension, i.e. the periods of growth and decline in popularity, and even the complete disappearance of that theme. The purpose of the second goal is an attempt to analyze the structures of comics characters associated with the Soviet Union and place them in a broader historical and cultural context. These treatments allow to signal changes in time-sensitive structure, which consists of values, stereotypes and pop culture clichés appropriate for the American culture. Thus, we hope that this article will be an important contribution to the further study of these issues.