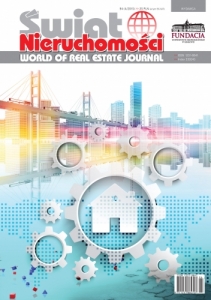 Summary/Abstract: Culture is an important factor in the process of revitalisation, as it creates a new identity of the place and builds the image of the city. Artistic aestheticization of deteriorated areas is associated with the concept of ‘beauty’, which is relative and interpreted by people in different, individual ways. The ‘beautification’ of cities, which has become a widespread phenomenon, involves investing in the architectural fabric, street furniture, public green spaces or public art. Artists ennoble space, making it unique. The aim of the paper is to admit and analyse a new phenomenon of a conscious use of artistic aestheticization in the processes of revitalisation. The authors have collated the knowledge of these forms in Polish and Bulgarian cities. Based on the research carried out in 2015, artistic aestheticization has a positive effect on the image of revitalised space in the perception of its users.