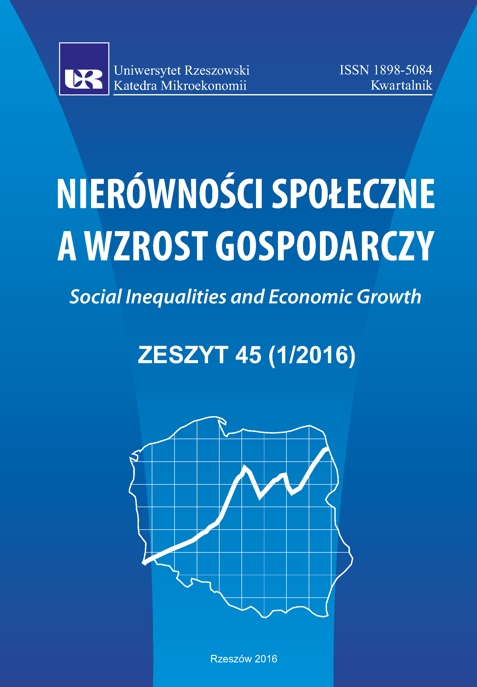 Summary/Abstract: In households of farmers providing funds for the household, the income is realized in the various production activities of households whose main source of income is to work on a farm. Source of in-come can also be funding from other sources, such as taking jobs outside outside their own farm. Re-gardless of the type of household the amount of income earned by the household is the main factor affecting the quality of life and degree of satisfaction of consumer needs of its members. Households whose main source of income is to work in agriculture is a group of consumers with huge potential. Changes that have occurred in agriculture in the reporting period related to the change in the direction of specialization and intensification of production contributed to the revenue growth. The income situation of socio-economic groups after the accession to the EU strongly affected by the surcharge. Analyzing the structure of income and expenditure of households of farmers in the years 1993–2013, we can see that with the increase in disposable income share of expenditure on basic consumer goods (such as food, clothing, shelter) decreases in the total expenditure. Observed at the same time, increasing the proportion of expenditure on recreation and culture and hotels and restaurants, as well as spending on health. In 2013, which was defined as a year of economic slowdown in agricultural household income went up excess expenditure of these households amounting to 47,3%.