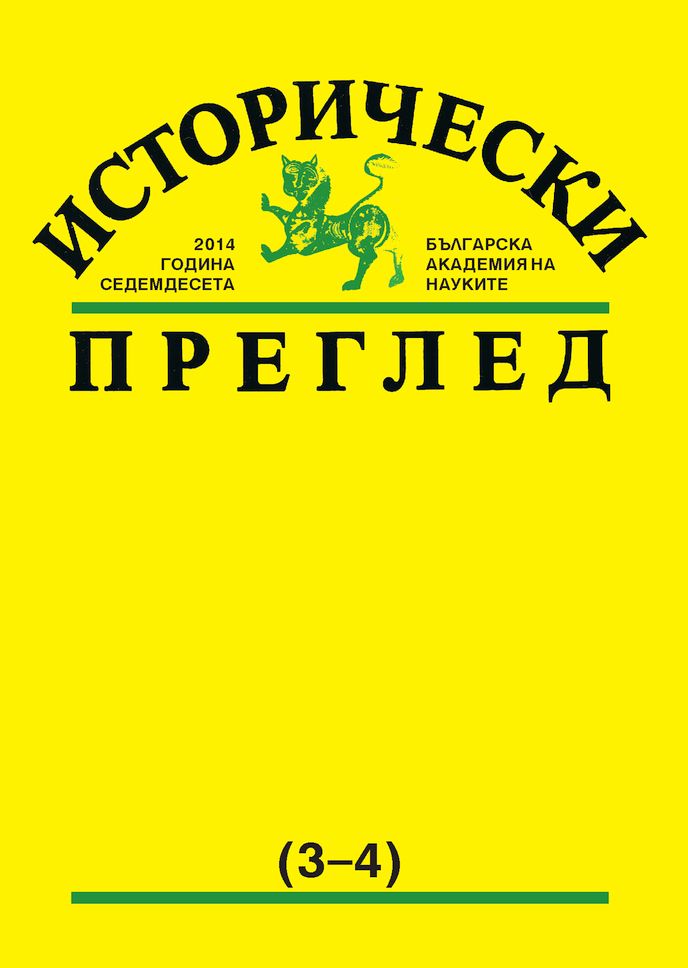 Summary/Abstract: The issue on the relations between the Bulgarian Exarchate and its local institutions (Metropolis, vicarage and municipalities) and the Internal Revolutionary Organization in the late 19th – early 20th century certainly arouses interest and numerous questions in historiography. Is it possible to draw a rigid line of demarcation between these two trends in Bulgarian national liberation movement in Macedonia or are they the two sides of the same coin, with a common goal, but with a different approach for its implementation? If the second statement is true, what were the reasons for the harsh collision and sharp attacks between the supporters of the two lines and why was it so difficult to reach unity in the name of nationwide mission? Definitely the evolutionary, cultural and educational line drawn consistently and patiently by the Exarchate was conceived long before the revolutionary one, embodied by the Internal Organization, which is only natural. It is an undeniable fact that the first step towards political liberation is the rise of the population cultural and ethnical awareness. Not accidentally, the activists of the revolutionary organization were mainly teachers. It would be wrong to underestimate one line in the national liberation movement at the expense of the other, to ignore Exarchal activity as obsolete and incapable of actual achievements, or to regard it as an obstacle to the new active revolutionary methods. Precisely such an attitude led to conflicts that caused serious damage to the Bulgarian cause in the provinces. Certainly fair criticism of the passivity of exarchist authorities in many cases was appropriate and timely, and did not tolerate objections. The problem lies in the inability of Bulgarian leaders to unite their efforts to work together and to respect their rights. And this was detrimental to the success of the national liberation movement, especially after the Ilinden Uprising. The purpose of this article is to present the complex relations between exarchist authorities and revolutionaries without saving some unpleasant facts, seeking answers to the above mentioned questions by analyzing extensive documentary material on the topic.