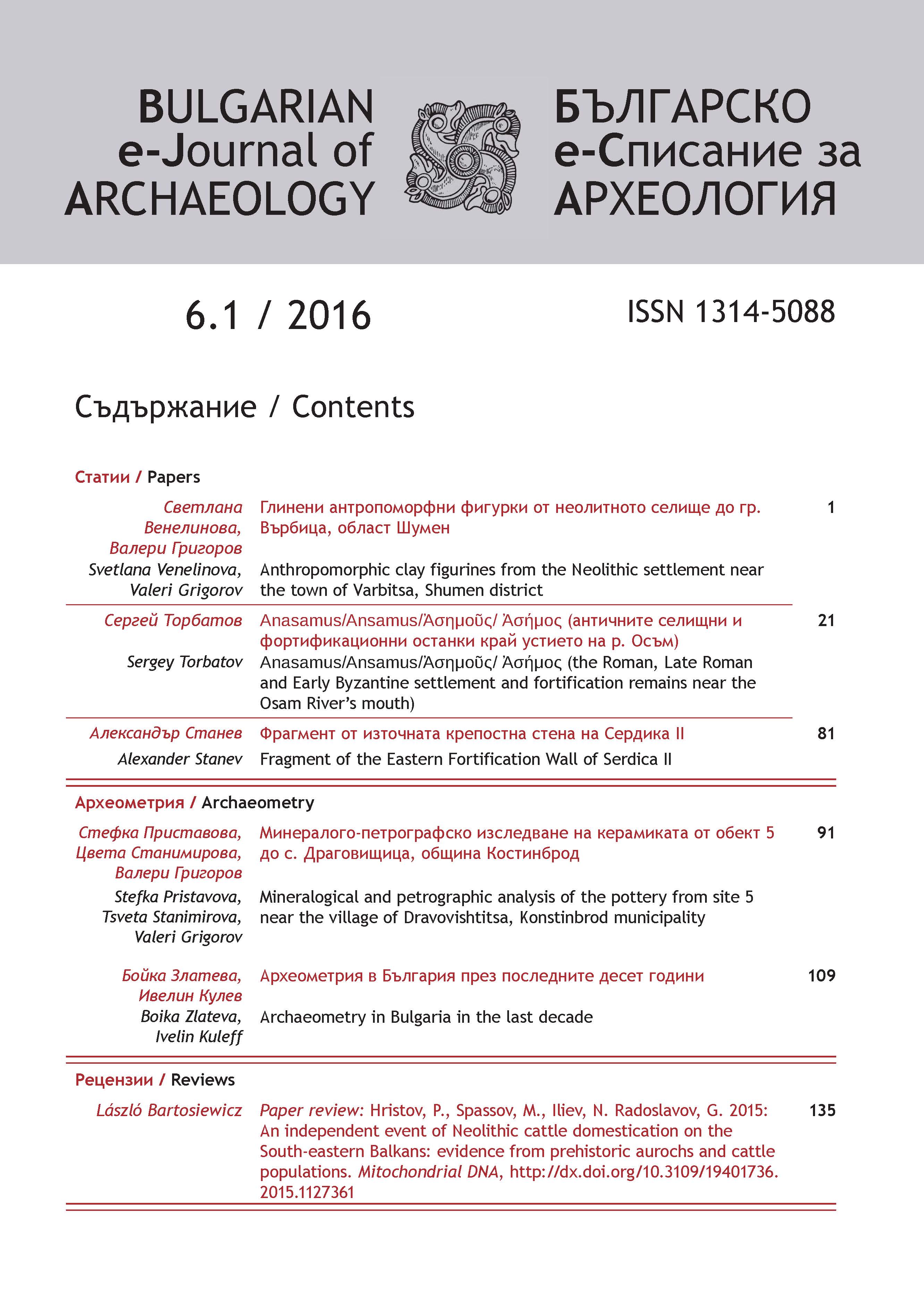 Summary/Abstract: The first part of the paper discusses the written evidence about the Roman road station Anasamus, the Late Roman military fort Ansamus, and the Early Byzantine fortified settlement and later city Ἀσημοῦς/Ἀσήμος. All these toponyms refer to one and the same site, depicting its development and functional transformations through the ages. The second part presents a critical analysis of the opinions expressed so far about the exact location of the site. The conclusion is that the site had always been situated in the village land of Cherkovitsa, in the immediate vicinity of the Osam River’ mouth; on the left bank in the earlier period, and on the right bank during the Late Antiquity. The third part is a synthesis on the Early Roman Anasamus (a military camp, civil settlement and road station), based on the available archaeological and epigraphic information as well as personal ground surveys and reinterpretation of the evidence. The last part of the paper comments the remains of the Late Roman and Early Byzantine Ansamus/Ἀσημοῦς/Ἀσήμος, convincingly identified with the so-called “Osamsko kale” (Osam Fortress).