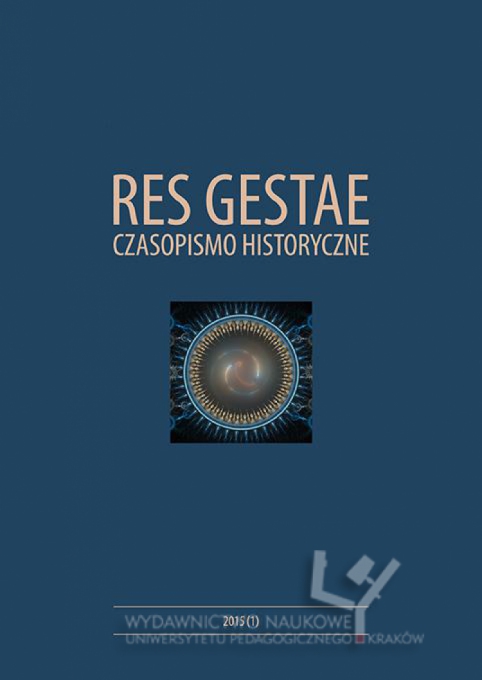 Summary/Abstract: In August 1914 the First World War began. Austro-Hungarian troops, reinforced by the German units, joined the military operations against Russia. In the autumn of this year, the Russian Army launched the offensive aimed at Krakow, which was at that time the mighty fortified stronghold. Before the Russians arrived in Krakow, they occupied Bochnia and Wieliczka for a short time. ‚e mining towns were extremely important in regard of economy. The threeweeks stay of the Russian soldiers in Bochnia went by under the mark of plunders, murders and rapes. the Russian command also proceeded to start up the Bochnia salt mine. The situation was similar in Wieliczka, but there they were not able to start the salt production. In December 1914 the Russian units were forced out from Krakow and displaced from Wieliczka and Bochnia. However short, the Russian’s presence was managed to be permanently engraved on the memory of the inhabitants of both cities.