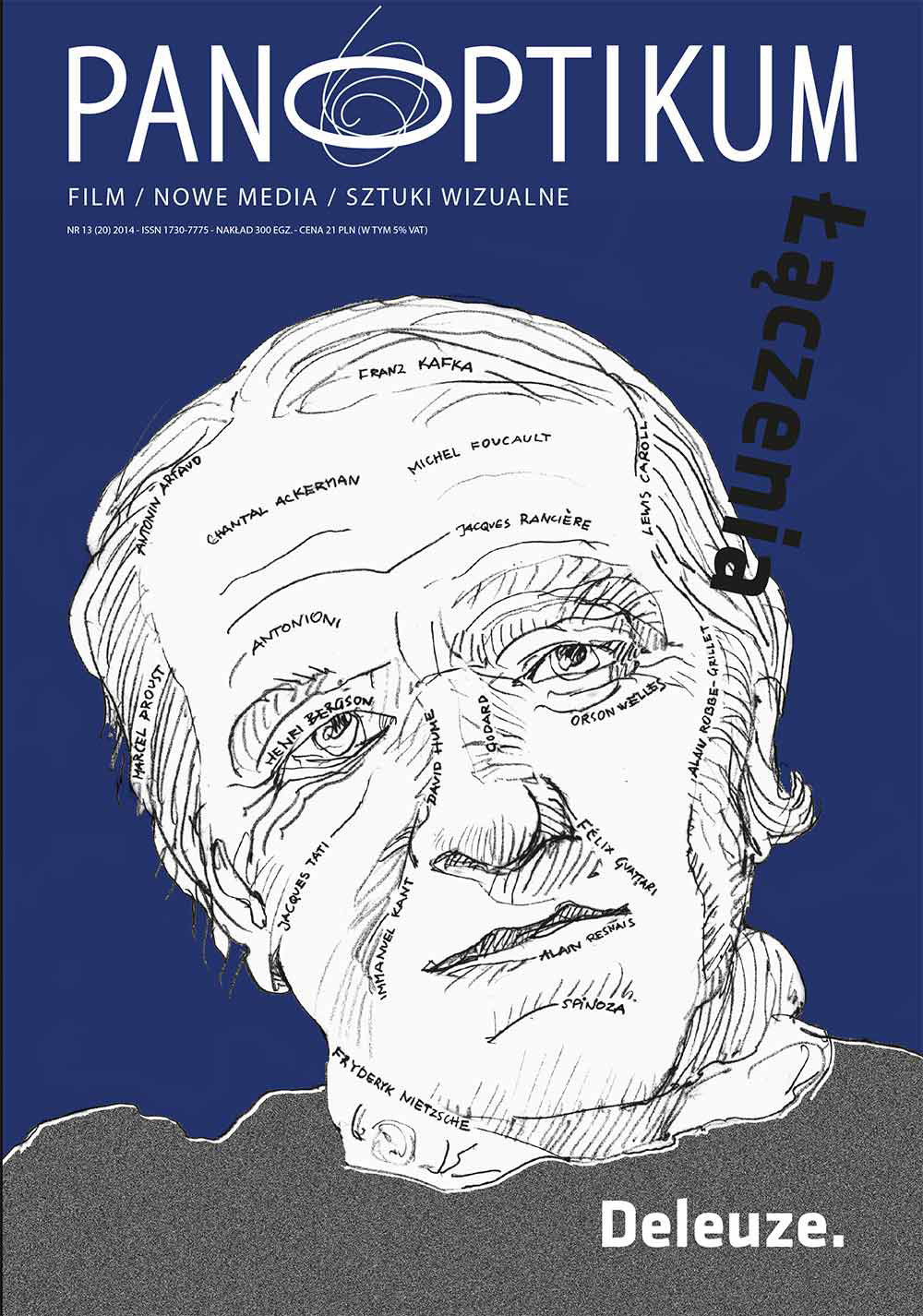 Summary/Abstract: Diamonds of the night dir. Jan Němec is commonly classified as modernist in Czech literature on the subject and in comprehensive publications trying to determine aesthetic, historical and temporal specificity of this artistic movement. Despite the fact that András Bálint Kovács in Screening Modernism: European Art Cinema mentioned quite impressive number of Central European artists among directors of art cinema making their films during 1950-1980, most of them are not used as an example of this universally transnational aesthetics. The main actors on this scene are always West European luminaries of cinematic art. Němec’s participation in this order is explained by some resemblance to Ingmar Bergman’s films, especially to this type of mental journey incrusted by surrealist components.Kovács notes many simultaneous paths in theory and aesthetics of cinema led by the evolutionist one. Gilles Deleuze’s thought, born outside the theory of film, is in a separate and unique position. It is hard not to see Deluzian cinematic thinking on modernist cinema in terms of succession, development and a final achievement of classical cinema. “(…) from its first appearances something different happened in what is called modern cinema: not something more beautiful, more profound or more true but something different. What has happened is that the sensory-motor schema is no longer in operation, but at the same time it is not overtaken or overcome. It is shattered from inside”. The cause does not follow the action. The acts of perception do not proceed an operation. Cinema has entered in the epoch of medium which possessed the capacity to express abstract ideas. From this perspective, modernism is no longer a style of artistic movement but it as an actualization of the cinema to be an image of thought.We may interpret Diamonds of the night from the perspective of disintegration of genre cinema to the showcase of Time-Image mechanisms focused on the crystal narrative.