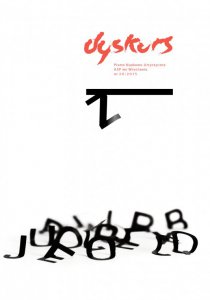 Summary/Abstract: There is no library in Plato’s cave. His dialogues were narrated before books got printed and contemporary information caves filled with massmedia and social media do not need books sending googling masses toclouds, not libraries. What matters more – a letter, which is the building brick of words, sentences and novels or a pixel which is a building brick ofthe deluge of images, a drop in the ocean of an iconic overkill? In aesthetics of photography the question is whether a meaning of a photograph depends more on an iconic and often subconscious impact or on a rationalinterpretation in the light of what we know having read the caption andthe explanation of the context. Visions of contemporary world are best deciphered from an unfinished novel by David Foster Wallace, whose epic story of the Internal Revenue Service chapter in Peoria, Illinois, entitled The Pale King shows us the world of hyperactive consumers, addicted to news, speed, travel, alcohol, drugs, sex and entertainment. For them, boredom of a perfectly boring work – like the one performed for the tax office of the US – is a perfect serum restoring them to a meaningful life and full humanity. Boredomas salvation, here is the vision of a novelist, who also claimed, in his lastpublic lecture, that real education can save our souls both from boredomand from hyper consumption. Pixels are a legion, but words matter and meanings can be found.