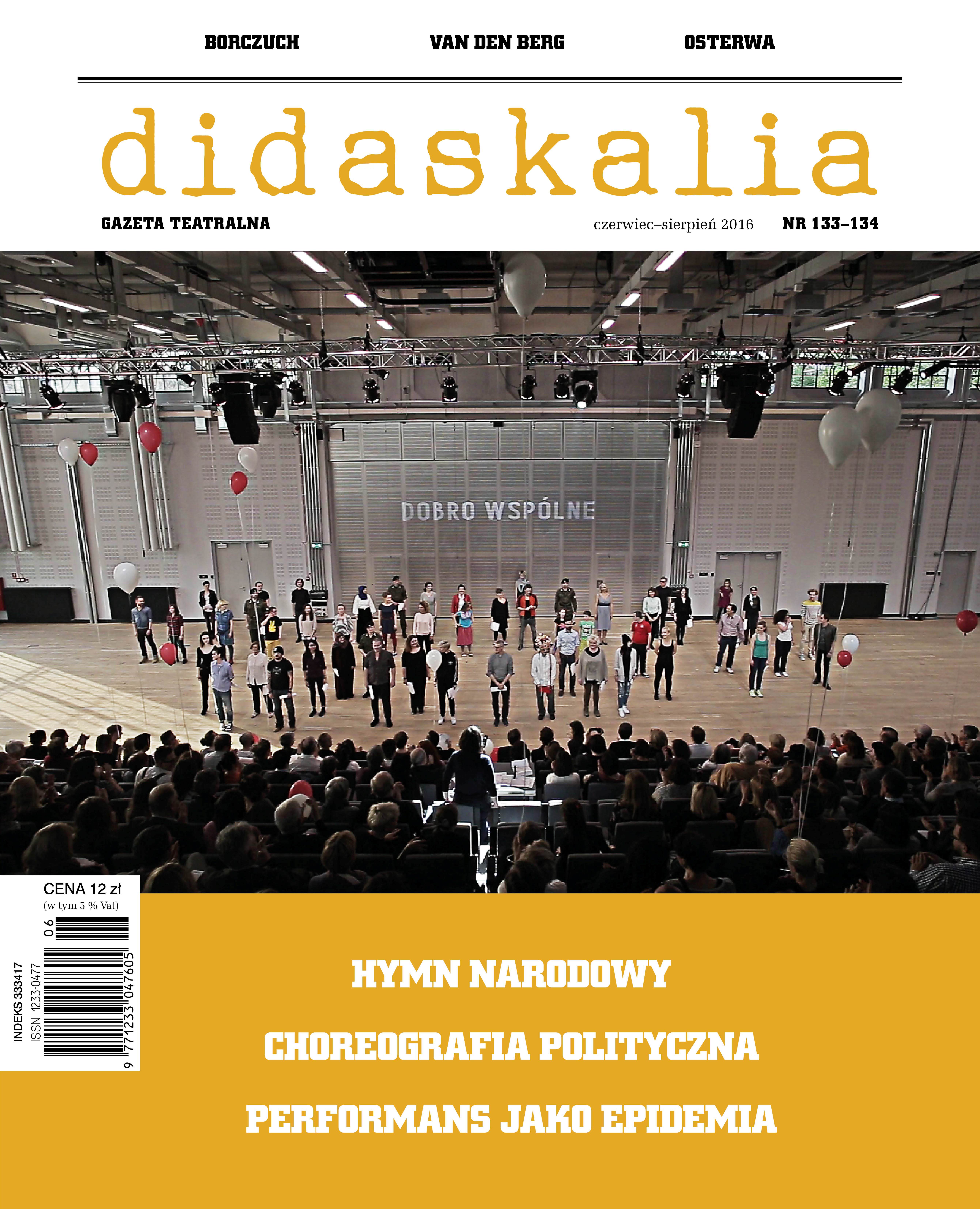 Summary/Abstract: This conversation begins with a student asking Michał Borczuch about his approach to theater criticism. The director believes that criticism, like directing, requires an interdisciplinary approach, and is valuable when it places the play in a context of phenomena going beyond the theater. He also speaks of his work at the theater school, The Rolex Mentor and Protégé Arts Initiative scholarship, and working outside the theater institution with people from various social groups. Part two of the conversation concerns his work on the play All about My Mother (Łaźnia Nowa Theater in Krakow, premiere: 22.04.2016), based on recollections Borczuch and actor Krzysztof Zarzecki have of their mothers, who died of cancer. The subject of casting the actors is raised, as is the difference in Borczuch’s and Zarzecki’s theatrical languages, and the play’s reception by their close family.