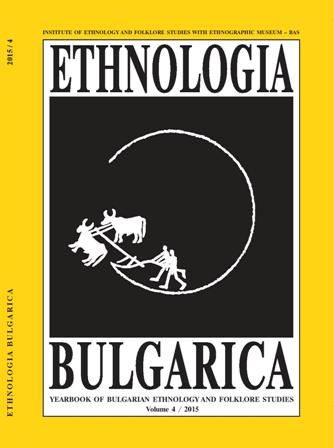 Summary/Abstract: The objective of this paper is to present an interesting example from Bulgaria – the Rhodope Mountains, which abound in visible and invisible boundaries. The paper focuses on the cultural elements which are selected by the communities as identifiers to distinguish themselves from others. The three basic ethno-religious groups inhabiting the mountains (Turks, Muslim Bulgarians, and Christian Bulgarians) possess a complex of cultural characteristics including language, names, self-identification, marriage patterns, traditional and ritual systems, religious affiliation, clothing, and so on, which are instrumentalized with the objective of achieving closer relations or drawing dividing lines between different communities. The process of the eradication and establishment of new boundaries is especially dynamic with regard to Muslim Bulgarians. They perceive themselves as a boundary community, and in fact they are regarded as such by both Christian Bulgarians and Turks. In their attempts to overcome that border situation, the middle and younger generations of Muslim Bulgarians in the Middle and Eastern Rhodopes have started to express a Bulgarian identity more frequently. The elder Muslim Bulgarians in the regions of Gotse Delchev, Madan, and Rudozem, as well as the younger ones, place their Muslim belonging more frequently at the center of their personal and group identity, which finds expression in the drawing of cultural boundaries to distinguish themselves from members of the other groups.