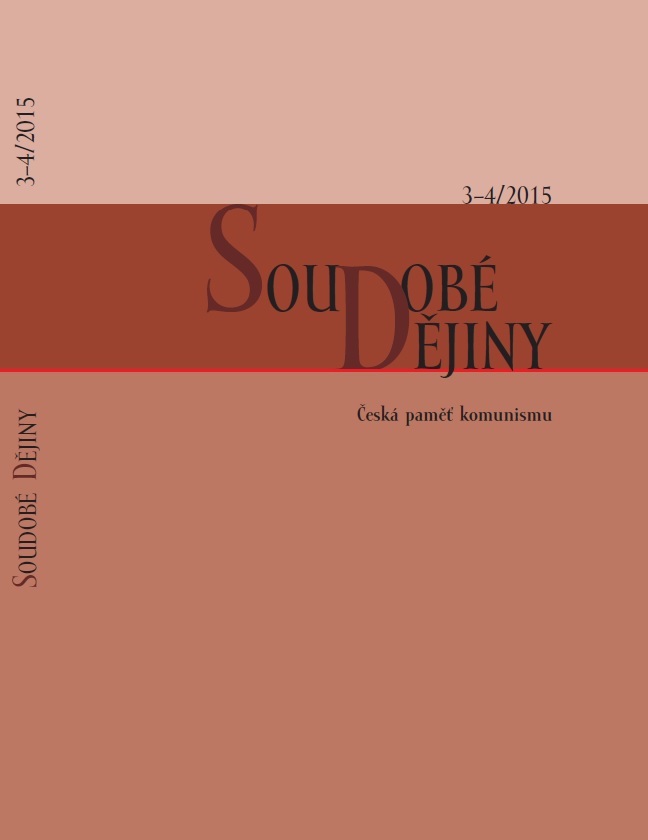 Gustáv Husák and the Struggles for Power in the Czechoslovak Communist Party, 1969–75

Summary/Abstract: This article presents an analysis of Czechoslovak political history of the fi rst half of the 1970s and the question of who would succeed General Ludvík Svoboda (1895–1979) as Czechoslovak President. The emphasis is on the role of Gustáv Husák (1913–1991), who emerged from the political crisis of 1968–69 as the most powerful actor, and was, at the 14th Congress of the Czechoslovak Communist Party, confi rmed as General Secretary of the Party. Using Soviet archives, the author points to differences between the individual members of the Party leadership, and particularly to the lack of unity amongst the so-called ‘healthy forces’. According to him, it is fair to talk about the disintegration of this bloc, which had been formed during the Prague Spring, into several smaller groups. The secretary of the Central Committee of the Czechoslovak Communist Party, Vasil Biľak (1917–2014), was, in consequence of this and Soviet pressure, forced to abandon any ambitions to stand at the head of the Party, and had to be satisfi ed, instead, with the position of Number Two in the Party. The Soviet leadership derived social stability in Czechoslovakia from the fi rmness of the Czechoslovak Communist Party leadership, and in particular counted on the collaboration of Husák and Biľak, and it made this clear to both men. Svoboda’s failing health prevented him from properly discharging his duties as President of Czechoslovakia, but he did not even try to hold on to the presidency, even though, in the interest of political stability, he was confi rmed in offi ce in March 1973, and remained something of a temporary solution. The article does not seek to challenge or confi rm the hypothesis that he was forced to step down in May 1975; although, in any event, Svoboda was in no condition to have taken this step himself. Husák’s efforts to become President kept running up against the question of the accumulation of offi ces and also the Czech-Slovak national factor, even though, thanks to centrist Czechoslovak policy and support from Moscow, he succeeded in achieving a ‘peculiar unity’ over this question in the CPCz leadership, so that on 29 May 1975 he became the fi rst, and also the last, Czechoslovak President who was a Slovak. In Czech eyes, however, he remained a Slovak who had, after August 1968, considerably participated in the unfortunate re-imposition of hard-line Communism known as ‘normalization’, whereas for the Slovak nation he increasingly became a turncoat, a ‘Prague Slovak’. The article is followed by a number of relevant documents and biographical sketches of the Party members who were decisive in Husák’s election to the presidency.