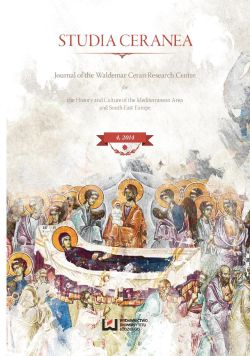 Summary/Abstract: The paper is devoted to the author’s concept of modern apocrypha in the context of the two main tendencies of (Post)modernity: unmasking and paraphrasing. On the basis of the literary paraphrases of the Evangelical story, found in the Bulgarian (Post)Modern literary, there is shown a hermeneutic passage from “apocrypha as a literary mystification” (“literary apocrypha”), i.e. a concept often applied in literary studies, to “apocrypha as an epiphany of sense”, i.e. a concept which can be useful in cultural studies and in history of ideas. It is suggested that in the light of the postsecular thought, being an individual interpretation of the canon, the (Post)Modern apocrypha has a great epiphanic potential, which means that hiding minority truths, it reveals in fact some crucial, and crypto-theological, problems of the present. Drawing the axiological difference between “the unmasking apocrypha” (pseudo-gospel) and “the paraphrasing apocrypha” (epiphany of sense), the author claims that only the last one does actually incarnate Charles Taylor’s ideal of the authentic (and poetic) expression (of will), which helps in establishing an individual sense-making horizon as a positive response to the “heretical imperative” of (Post)Modernity.