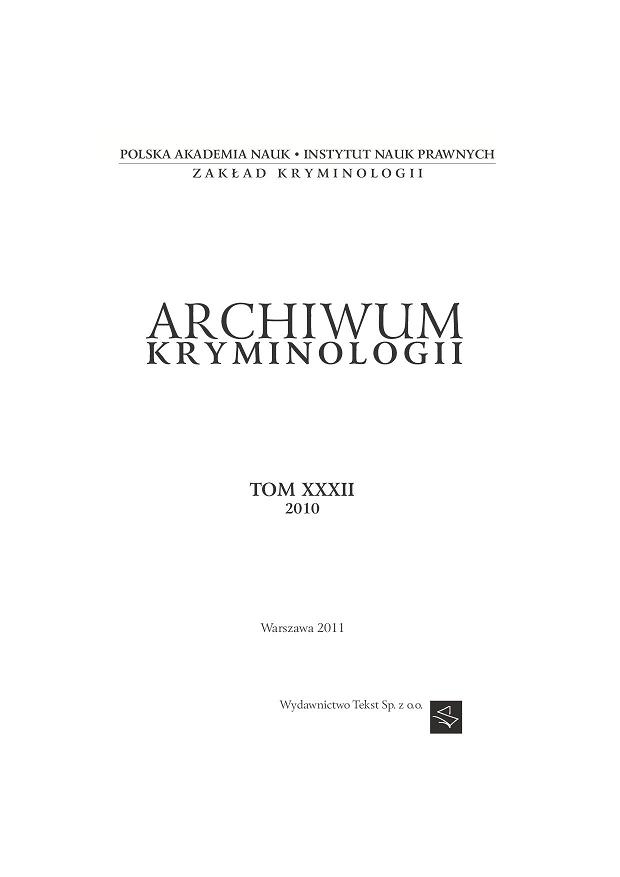 Summary/Abstract: The phenomenon of stalking had not been studied extensively and the real scale, its forms, and consequences had remained unknown. For this reason, in December 2009, the Minister of Justice requested the Institute of Justice to conduct a research concerning stalking. It was performed by TNS OBOP in December last year on a representative, random sample of households. Over 10 thousand respondents were questioned in computer assisted telephone interviews. This is ten times more than in typical public opinion polls which undoubtedly increases credibility of the results. Every tenth respondent (9,9%) appeared to have experience stalking. This is more than expected. It these results were to be extrapolated on the whole Polish population over 18 (and there are significant ground for such extrapolation as the sample was representative), it could be estimated that as much as 3 million of adult Poles have experienced stalking. In almost half of the cases, stalking happened repeatedly and 80% of victims experienced stalking within past five years. On the average, stalking lasted for less than a year, most often from a week to three months, but as much as 15% of victims were stalked for at least three years. Every fifth person declared they are still stalked at the moment. The most common methods of stalking were: spreading slander, lies and gossip (70% of responses), getting in touch with the aid of third parties (55%), threats or blackmail and “telephone persecution” (almost half of responses). Every third victim indicated also accosting or threatening family members, physical stalking (persistent following) and unwanted correspondence. It needs to be emphasised that stalking most often appeared in more than one form at a time (e.g. following – phone calls - getting in touch with the aid of third parties). As much as three quarters of victims regarded staling as serious, one third as very serious. These extremely high percentages prove that stalking is a considerable problem – almost a social one. This is confirmed by its effects declared by respondents. Almost 70% of victims experienced negative effects of stalking. More than a half reported psychological problems (depressed mood or depression, anxiety) every fourth physical ones (pains, aches, nausea, eating disorders). Because of these, 45% of the victims sought medical consultation which proves how serious the problems were. One third of the harmed declared financial or general consequences (cost of legal fees, need to change their lifestyle, change of telephone number, sometimes even change of residence). Although as expected most perpetrators were persons known by the victims (a current or ex-partner in every fourth case), a significant number of strangers needs to be reported (one quarter). Almost 40% of stalking victims asked for help, out of which only a half to prosecution organs – this is as little as 20%.