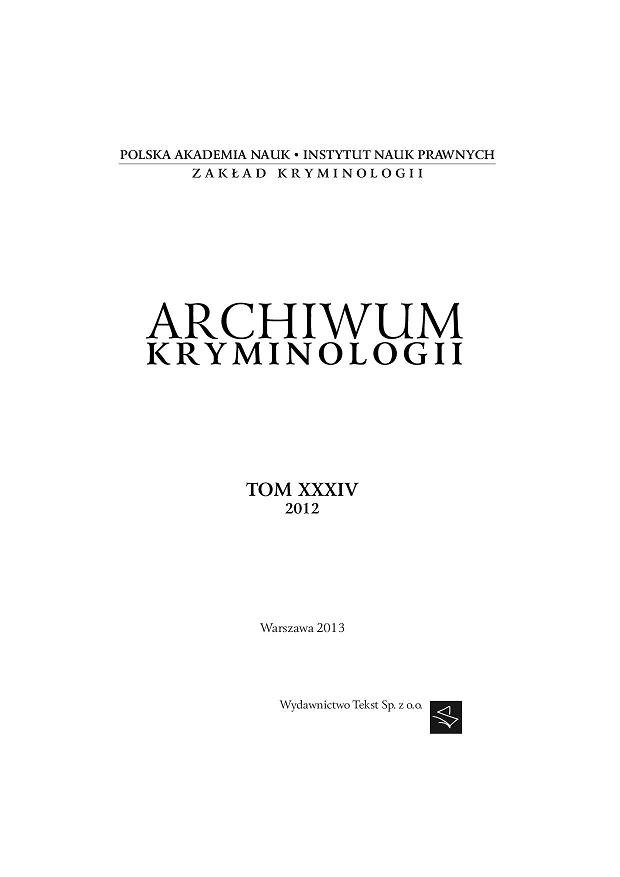 Summary/Abstract: Since the emergence of criminology as a science, one of the main problems taken up by criminologists was the relations between poverty and crime. Initially, the studies aimed to work out actions to prevent crime and to protect the rest of the society from the marginalized, the excluded and the poor. It was pointed out that that the group called the underclass was marked by criminal deeds of its members, alcohol abuse, family disruption, single parenting, dependence on social security, and physical abuse in families. Only until later, with the development of victimology, the other side started to be observed – the description of the underclass is true as much in the case of perpetrators as it is in the case of victims. It has been proved that poverty and marginalization are related to a higher risk of becoming a victim of a crime. In case of poverty and social exclusion, one can speak of a cause-effect relationship but undoubtedly this can work in both directions – poverty usually adds to social exclusion while social exclusion (particularly more severe, like e.g. ostracism) can lead to poverty. Already at the time of emergence of victimology it was observed that victimization does not concern all members of a society to the same degree. Some social groups become crime victims more often than others. Certain categories of people were recognized as particularly vulnerable to wrongful deeds. In 1947 Hans von Hentig drafted up the first categorisation of persons who were at an increased risk of victimization. It included particular categories of people whose psychological, physical, and behavioural features predispose them to the role of a victim. The author listed larger social groups (eg. young people or women) but also such groups which are included in the context of social exclusion today. He claimed that, among others, mentally ill, retarded, substance dependant are particularly vulnerable to victimisation because their limited perception of situation makes them an easier target to theft, con or fraud. He listed immigrants who are in cultural conflict and rejected by the majority as „aliens”, the poor, and people with emotional problems as all these weaknesses could be easily used by criminals. Other minorities faced similar problems. Social inequality touches upon them in a greater degree and this increases the risk of victimisation. Today, we speak of victimisation of minorities also in the context of prejudice-motivated crimes and the elderly are one of the most vulnerable groups. Benjamin Mendelsohn accented not individual features of victims but their behaviour in cer-tain situational context. According to the author, persons whose behaviour infringes principles of social co-existence and, as a consequence, who put themselves at risk of marginalization, are exactly those who can easily become victims. Living apart from the society and contrary to its rules after all influences the risk of victimization.