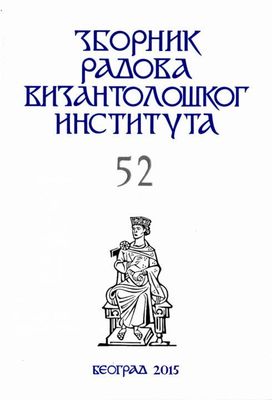 Summary/Abstract: The latest results of the investigation of the royal tombs at the monastery of Studenica, Serbia, have inspired a reconsideration of the place of burial of some members of the Nemanjić family. There is further evidence that the tomb and sarcophagus of the ktetor, Stefan Nemanja, formed part of the original design for the church. Based on their construction and comparative material, it is assumed that the relics of St Symeon, upon their translation to Studenica, were laid in the sarcophagus from which they exuded myrrh. The myrrh-exuding of St Symeon is looked at against the broader background of cult practice in the Byzantine world.