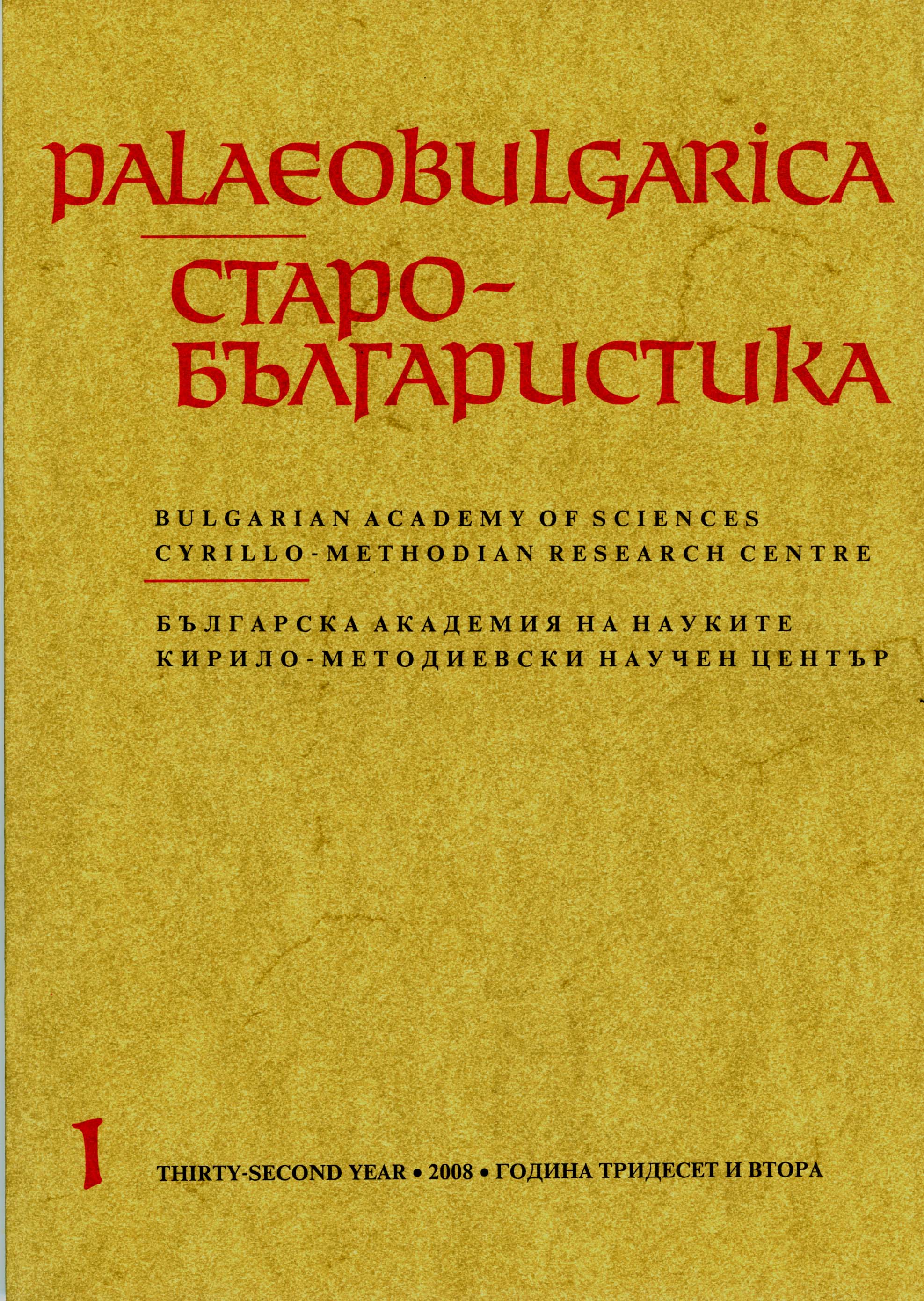 Summary/Abstract: The master-builders and painters of the Boyana church Sts Nicholas and Panteleimon (1259) left their commemorative signatures on places that are symbolic. An painter called Demeter placed his signature at several places in the church. He placed his autograph on the blade of the sword belonging to St. Demeter, his patron, who is the defender of the sinners before Christ Evergetis – the Benevolent Judge, depicted on a throne in the altar area. A memorial inscription in Greek was also placed on the sword of St. Theodore, painted next to St. Demeter. In the narthex of the church the painter Demeter signed the embroidery with fringes of Virgin Mary’s maphorion in the scene called ‘Presentation of the Blessed Virgin’. It was by tradition that the masters signed weapons, clothes and other objects indicating that they were their producers. The painters did something similar in praying for the forgiving of their sins and making a gift of their works to the Mother of God and the saints hoping that they would intercede in their favour before the Lord on Judgment Day. The miniature signature on the maphorion stands in an allegorical connection with the church decorated by the Creator in the spirit of the secret altar prayers. The painter Demeter is also allegorically present in the icon depicting the life of St. Nicholas above the donor’s signature with the scene “The miracle with the Byzantine Demetrius” that is rarely depicted; this is expressed by the matching of the vertical framing lines. In the center above the donor’s signature, Demeter, the victim of a shipwreck, is depicted in a kneeling position, his hands raised in prayer, while St. Nicholas, who by tradition should save him from drowning, is not depicted. Demeter’s name can also be identified on the painted church curtain on the northern wall of the chapel dedicated to St. Panteleimon. Having created the curtain he placed a triumphant dedication with large elegant letters on it: “The Cortina, i.e. curtain, was painted by D[emeter]”. The signing of the curtain of the church has to be seen in connection with the eschatological concept of the torn curtain of the second coming of the Lord (compare Àmos 8:9; Luke 23:44–45; Matthew 27:51–53). The artist commemorates himself in the sublime moment of the resurrection of the dead. He uses the Latin word ‘cortina’, explaining it in Bulgarian in the traditional way of bilingual inscriptions that are typical of the latinophile context of the 13th century. Scholars also point to other western influences in the murals of the Boyana church, for example a crusaders’ ship and the Franco-Venetian hats in the scene “St. Nicholas quiets the sea” painted opposite “The Miracle with Demeter”. The autograph of the type “signed church curtain” is not typical of Byzantium and is only to be found in the church “The Holy Forty Martyrs” in Tarnovo, where the last part of a monumental dedication from the year 1211/1212 can still be seen. This is a proof of the contacts of the painter Demeter with Bulgarian painting in the capital. Finally the fact that a Latin word written in Cyrillic letters is used indicates contacts with the Kutso-Wallahian circle in Macedonia.