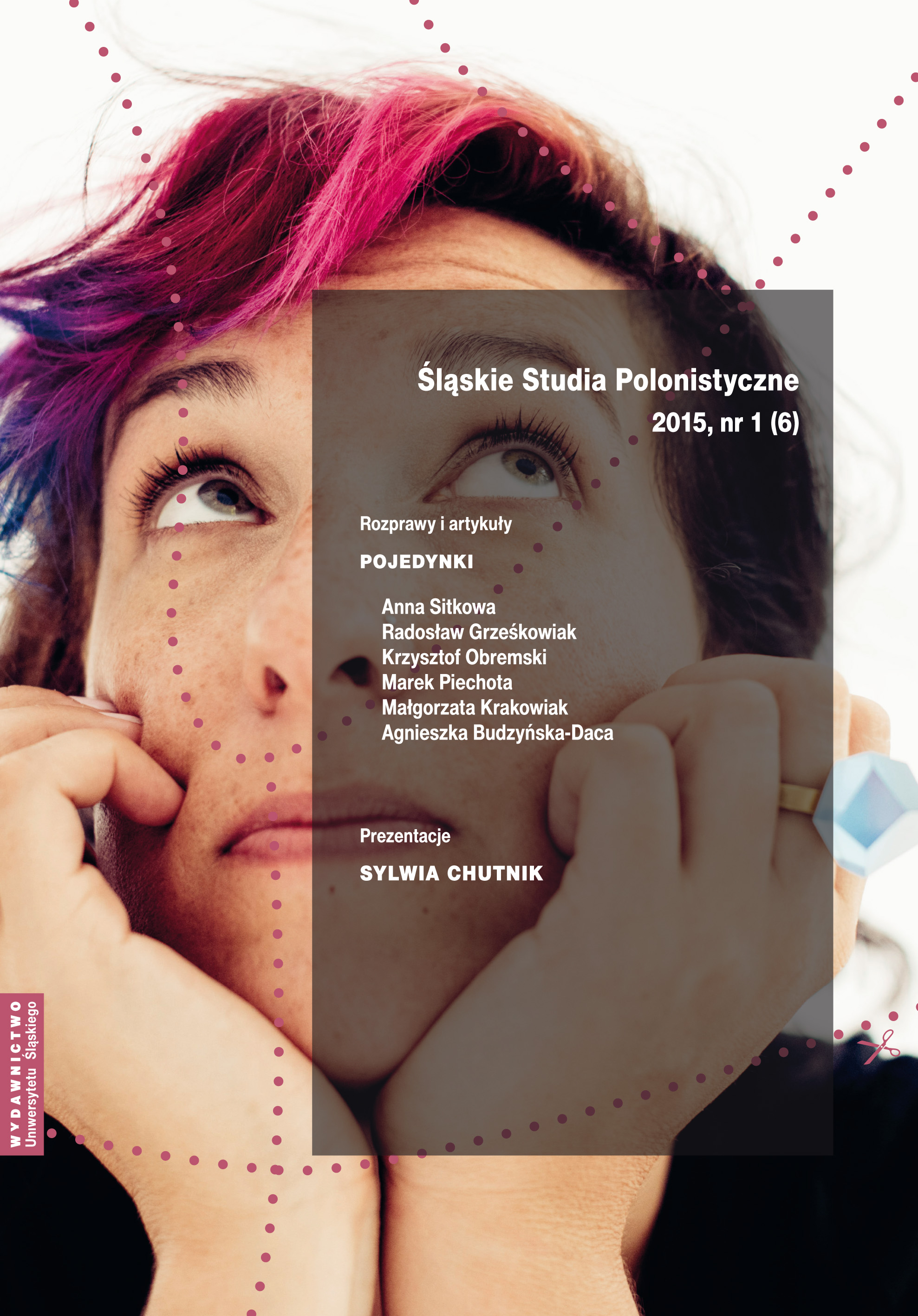 Summary/Abstract: Common conceptions of the Enlightenment and the Romanticism lead to a hypothesis that the Romantics should stand in opposition to such archaic remnants of chivalric epic as duels. However, in Słowacki’s correspondence with his family upon his arrival to Paris, we see accounts of “continuous duels”, extremely popular with our immigrants. Dandism, along with duels, is the second main topic of his letters, which supports the claim that Słowacki was not a litigious person, light-heartedly challenging to a duel Mickiewicz or Krasiński, depending on which of the two great men of his time offended him more. Occasionally, a less distinguished person, a journalist (Ropelewski) was designated to represent either of the poets. Słowacki the dandy, relates duels in his correspondence and strictly literary texts. Luckily to himself, his seconds in duels adopted the attitude of priest Marek from the drama “Ksiądz Marek”, and not the attitude of the second from a digressional poem about Beniowski. Słowacki himself as a second, at least in the duel between Józef Zienkowicz and Adam Kołyska, leaned towards the first attitude.