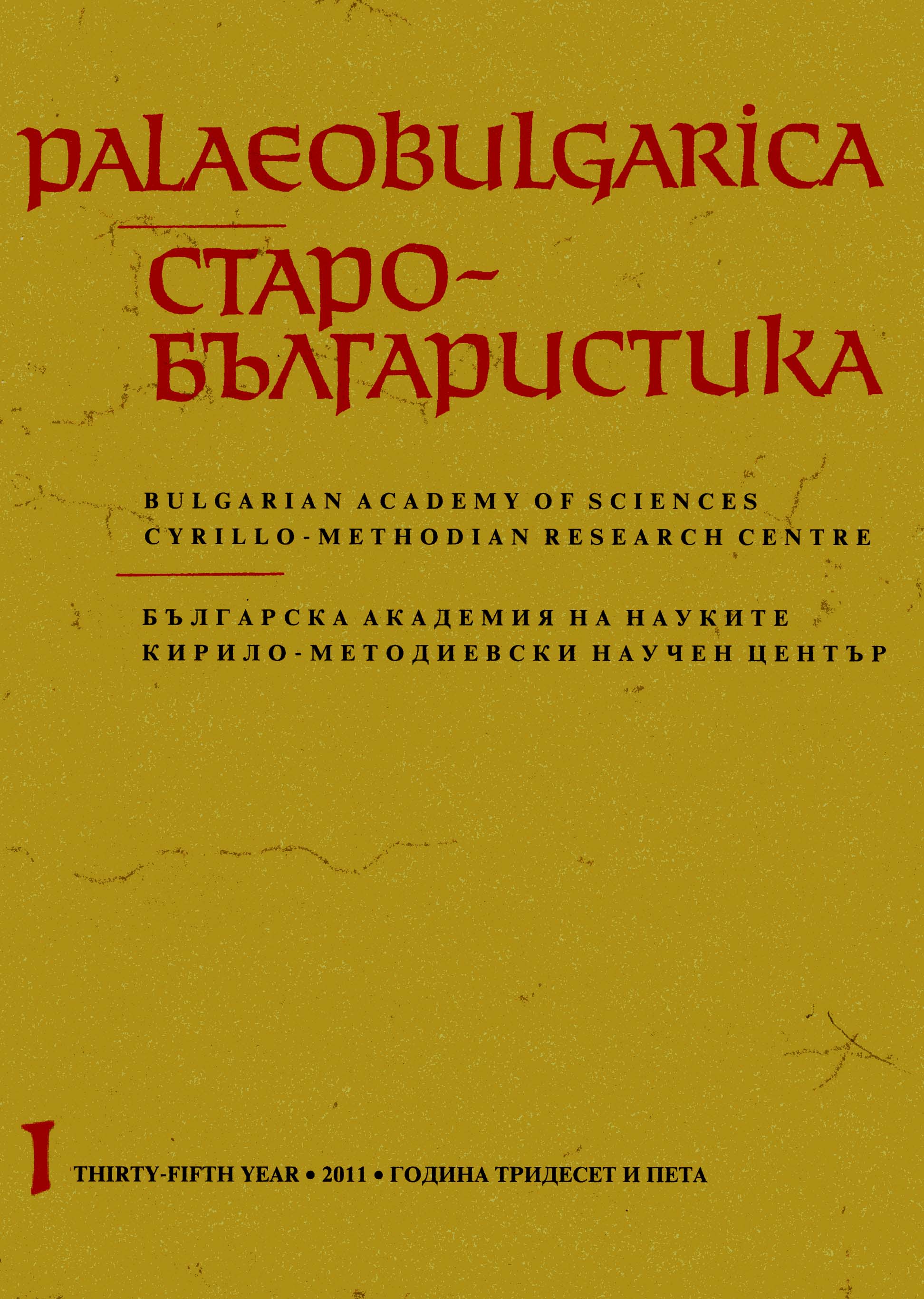 За преводните съответствия на термина φύσις в Словото за Рождество Богородично от Йоан Дамаскин
About the Translation Equivalents for the Term φύσις in the Homily on the Nativity of the Mother of God by St. John Damascene

Summary/Abstract: Subject of this article are different Slavic renderings of the Greek term φύσις in St. John Damascene's Homily on the Nativity of the Mother of God in NBKM 307, a 14th century manuscript. The equivalents for φύσις that differ from к-сткстко are subjected to a detailed analysis. The basic conclusions of this analysis are: the content and the meaning of the term φύσις were well known to the translator of NBKM 307. He contextually emphasizes different meanings and nuances of this concept. The choice of a Slavic lexeme as equivalent to φύσις depends both on the context and on the translator's knowledge of the Holy Scripture as well as Christian theology and history. The analyzed material allows for the hypothesis that in this Slavonic translation some attempt at "specialization" of terminology was made. Similarly it shows a much freer translation of the Greek text especially if compared with other 14th century translations.