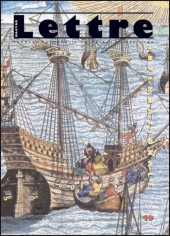 Summary/Abstract: A survey of the chances of the emergence an Europeam cultural identity. The reduction of the European politics to a kind of management; the separation of politics and culture in order to avoid political nationalism and to facilitate the political integration of non-European immigrants; the efforts of old EU countries to maintain and stabilize their traditional discourses and to exclude the Europe-oriented discoursese of the access countries; the exclusion of the Balcans fron the EU – all these factors will act against the emergence of an European public opinion and of a common European cultural identity.