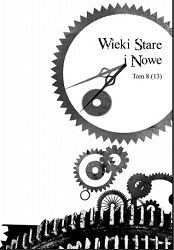 Summary/Abstract: In the first years of August III reign at the royal-electoral court a practice of celebrating not only the anniversaries of the ascension to the throne but also the birthdays and the name days of the king and the members of his family was formalised. Moreover, a public character was conferred to these celebrations. This served to create an appropriate image of the monarch among his subjects and as far as this aspect is concerned, the Wettins did not differ from other European rulers. The peculiar situation which arose in the Republic during August III’s reign consisted in the popularisation of the practice of celebrating the anniversaries of the election, coronation, birthday and name day of the king in such a way that they began to be celebrated as almost state ceremonies. The organisation of the festivities which were associated with these anniversaries ceased to be initiated exclusively by the royal court but they began to be organised also by ministers, senators and the people who managed the work of the judicial institutions whose officials convened every few months. Moreover, the custom of celebrating the name days and the birthdays in a sumptuous and even public manner became popular at the courts of magnates, whose rhythm of life began to be regulated also by celebrations of this sort. Therefore it is hardly surprising that also during Stanisław August’s reign the anniversaries of the coronation, birthday or name day celebrations continued to maintain the status of almost state festivities, celebrated not only in Warsaw but also in all the major state cities and the places were military units were garrisoned. The celebrations of the name day of the monarch assumed special significance because they fell on the day of the commemoration of St. Stanislaus, the patron of the Polish people as well as on the day of the Medal of St. Stanislaus which was established on 7 May 1765. The obligatory elements of the celebrations included votive masses, sumptuous dinners or suppers, bell ringing, volleys performed by means of cannons and other types of weapons, illuminations of the cities and fireworks.