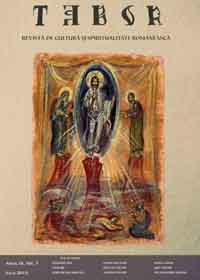 Summary/Abstract: Ninety years ago, the propaganda apparatus of the still young „Soviet power” launched a signal meant to radicalize the fight against religion. The opportunity for this was the Congress of militant atheists (S’ezd Voinstvuiuscih bezbojnikov), deliberately and viciously scheduled for the first day of the Passover of 1925. Once the ideology of the militant atheism was launched, it will have a longlasting career in Soviet Russia and the satellite countries, overlapping the period with the worst religious constraints and persecutions of the modern era. The so-called „militant atheism” showed its true colors from its first moment of existence, as an extremist and exterminating one: it was not enough that religion had to be „fought against”, it also had to be rendered non-existent.