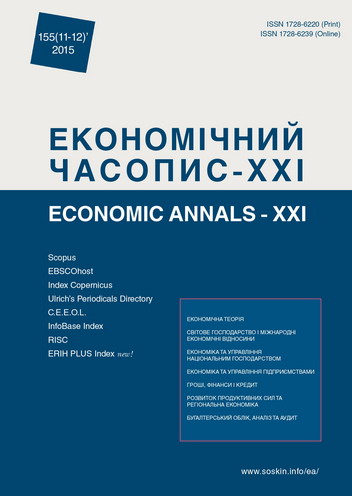 Summary/Abstract: Foreign direct investment (FDI) was an important factor which ensured to Slovakia greater competitiveness, as it has introduced new technologies, created jobs, brought know-how as well as managerial and entrepreneurial culture. The paper presents an empirical analysis of an impact of foreign direct investment on selected regions between 1998 and 2013. The analysis was first conducted as a correlation analysis, examining an impact of the FDI inflow on unemployment development in selected regions of the Slovak Republic (Bratislava, Zilina, Presov and Kosice). Subsequently, interdependencies between the aforementioned variables were examined by means of a regression analysis. As a result, the indirect dependence between the examined variables has been confirmed. Moderate indirect dependence was recorded in the region of Bratislava, and a significant one in the regions of Trencin and Presov.