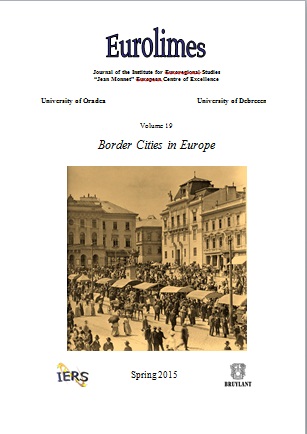 Summary/Abstract: The European Capital of Culture (ECoC) Program was initiated in mid 80’s, as a modality to promote the richness and diversity of European cultures. It soon became evident that the Program’s impact went beyond the cultural and political aspects and that the designation was a marketing opportunity for cities to improve image on a national and European scale, a regeneration tool in itself. ECoC is today about cities re-inventing their identities, re-narrating their history in a European context. The peripheral position, the unwanted heritage of the cities’ past, soon became elements to be exploited and re-invented. The study is focused on two border cities that won the ECoC title and their ability to use the title as a regenerative tool, in order to foster their European identity, to favourably reorient their geography and to reposition themselves on Europe’s map: Marseille-Provence 2013 (a Western Europe big city/region with an ex-colonial past and a peripheral position complex) and Pecs 2010 (a small Eastern peripheral city with a communist past). Applying qualitative content analysis on three types of documents: Application (Bid) books, official web pages and ex-post European Commission’s evaluations, the article intends to identify the narratives used by these border cities to comply with the European dimension of the ECoC project.