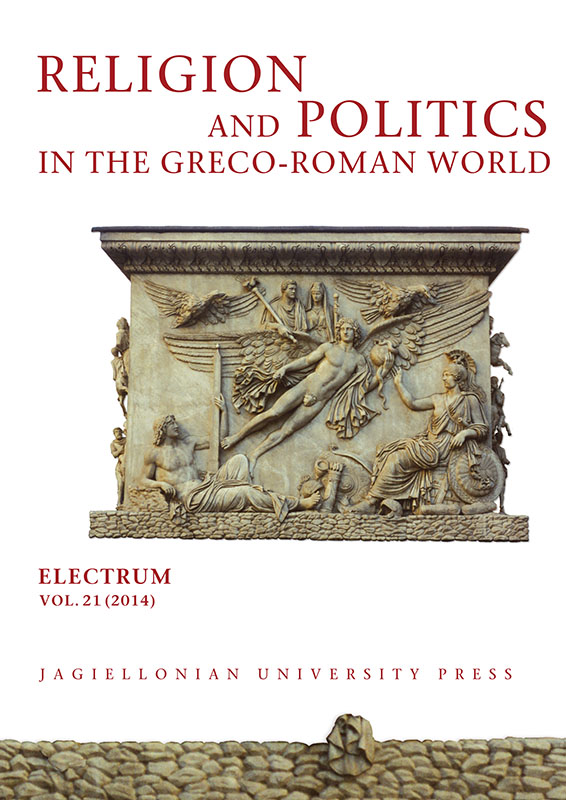 Summary/Abstract: The cult of the Ptolemies spread in various ways. Apart from the Lagids, the initiative came from poleis themselves; private cult was also very important. The ruler cult, both that organised directly by the Ptolemaic authorities and that established by poleis, was tangibly beneficial for the Ptolemaic foreign policy. The dynastic cult became one of the basic instruments of political activity in the region, alongside acts of euergetism. It seems that Ptolemy II played the biggest role in introducing the ruler cult as a foreign policy measure. He was probably responsible for bringing his father’s nickname Soter to prominence. He also played the decisive role in popularising the cult of Arsinoe II, emphasising her role as protector of sailors and guarantor of the monarchy’s prosperity and linking her to cults accentuating the warrior nature of female deities. Ptolemy II also used dynastic festivals as vehicles of dynastic propaganda and ideology and a means to popularise the cult. The ruler cult became one of the means of communication between the subordinate cities and the Ptolemies. It also turned out to be an important platform in contacts with the poleis which were loosely or not at all subjugated by the Lagids. The establishment of divine honours for the Ptolemies by a polis facilitated closer relations and created a friendly atmosphere and a certain emotional bond. The ruler cult also offered many possibilities for Greek cities. Granting kings divine honours was not only an expression of the city’s gratefulness for the experienced kindness, but also a way of securing the king’s continued favour.