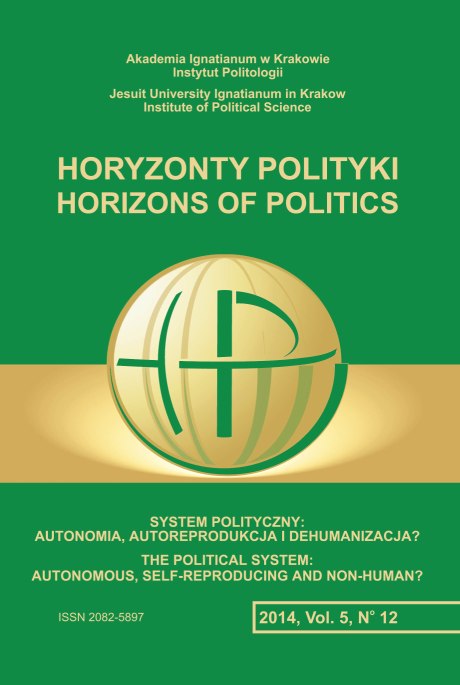 Summary/Abstract: The subject of the article is an analysis of the sources of terrorism occurring in the North Caucasus after the ending of the Second Chechen War. The research objective is to answer questions about the reasons for the presence of terrorism in the North Caucasus, and also attempts to evaluate which of them have a conclusive meaning and best describes the discussed occurrence. To undertake this task, a theory of „triad of terrorist motivation,”was used within a framework which distinguished three basic spheres for the reasons of terrorism’s occurrence: ideological sources, social -economic conditioning and psychological sources. The following are described: the socio-economic situation in the region, the transformation and foundations of the political ideologies occurring within the discussed area, and also the main features of the collective psychology of North Caucasus nations. This is also supplemented with the results of more detailed Russian sociological research (mainly exploratory) in the field of terrorism and political extremism in the North Caucasus Region. Using the methods of systems analysis and historical analogy permits us to state that North Caucasus terrorism has a deep system basis; however, the variable explaining this occurrence should be located within the current social situation. The religious factor plays a secondary but recurring role. Joining a terrorist organization is mainly a rational, conscious and calculated choice, and it is a form of social protest against social -economic conditioning. It is also a way to realize a specific life scenario in conditions which block.