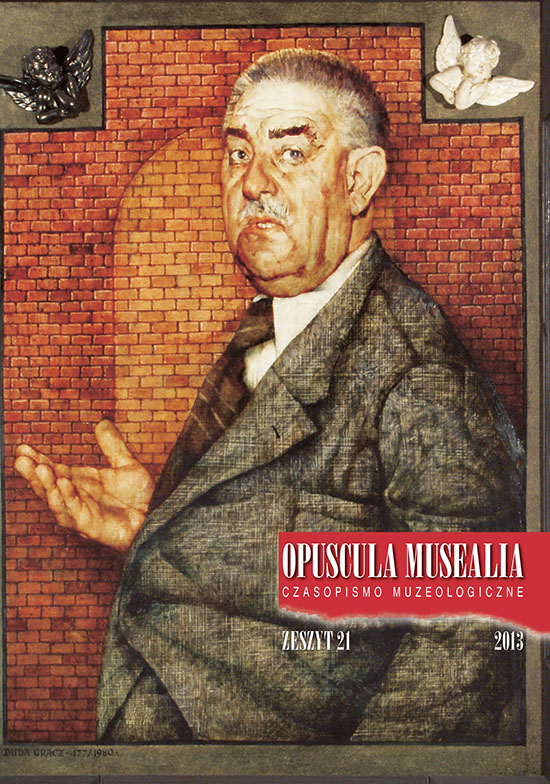 Summary/Abstract: The wall hanging which adorned the drawing room of the Estreichers – Professor Stanisław Estreicher, the Rector of the Jagiellonian University, and his wife Helena née Longchamps de Berier – was made at the famous textile manufacture of the Count Potocki family, operating in the years 1878–1939 in Buchach, Podoliya. It is one of the textiles which were manufactured in the workshops owned by Oskar Potocki, which on the turn of the 19th/20th century manufactured silk hangings, decorative textiles, fabrics for Polish national costumes (żupan) and Polish sashes. The wall hanging (silk, metallic thread, jacquard technique) with motifs modelled after Italian Renaissance textiles (a rhomboid net created by fl ower springs with flower bush motifs inside the eyes of the net, and bordure with motifs of palmettes arranged alternately in rows) was made by a weaver from the Nagórzański family, in Count. Oskar Potocki’s workshop, between 1897 and 1904. The Jagiellonian University Museum at Collegium Maius has seven Buchach hangings, including one with the motif of Polish nobility sashes from Ignacy Jan Paderewski’s collection, also manufactured by Oskar Potocki’s workshop.