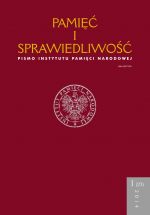 Summary/Abstract: The specifics of Ukrainian Soviet historiography is often reduced to the story of repressions and censorship from above. In this article the authors try to question this common approach and to show the complex dynamics in the history of Soviet Ukrainian historiography in the context of Soviet national politics. Covering the entire Soviet period (from early 1920s till the end of perestroika in the late 1980s) the article seeks to explore the development of the institutions like Institute of History of the Academy of Sciences, the History Departments at Soviet universi- ties, the Highest Attestation Commission (VAK), and the individual strategies ap- plied by various historians. The article examines the processes of imposing state control and turning historical science in to an essential part of the state repressive organism as well as logics of self-censorship, stylistic unification and struggle for a limited spheres of non-conformism. In this respect special attention is devoted to Lviv (finally incorporated into the Soviet Union only in 1940s) and its in- tellectual influence. The Soviet specificity, a principal division between research (ascribed to the Academy of Sciences) and teaching (the Universities), is analyzed on various local examples: Kharkiv, Dnipropetrovsk. The developments in the perestroika years and Ukrainian historians` response to the liberalization of the Soviet regime are analyzed on both institutional and personal level. Post-Soviet Ukraine inherited a centralized structure of the scientific institutions and decided rather to fill them with a new ideological content than to go through painful and systemic reforms. The new flags over initially the same institutions symbolized for many the change of methodology and getting rid of Soviet heritage. The article stresses a need to rethink a view of Soviet historiography as a collective victim of totalitarianism and tends to conceptualize the paradoxical nature of post-Soviet transformation in history writing.