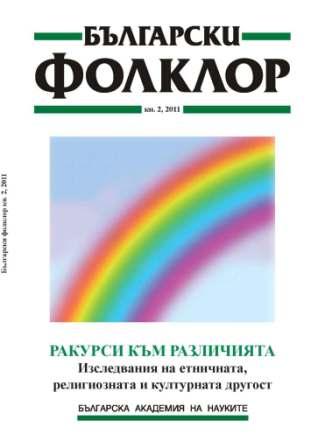 Summary/Abstract: The jokes of the life and habits of English aristocracy are very popular in everyday Bulgarian story-telling. This is a theme which is quite far remote ethnically, socially, geographically and historically from the Bulgarian cultural context. The joke character of the English noblemen is typical in its basic features for the “fools’ group”. The ridicule of the stupidity of different ethnic, social, regional, etc. groups is a popular and very old tradition in narrative culture. The jokes about English aristocrats comprise a series of situations when the noble characters react inadequately to surrounding realities. At the same time, lacking knowledge of cultural conventions, a world closed in its everyday knowledge and rules, and its relation to the outside life peeps out. Thus, the character of the English nobleman corresponds to the popular stereotype of the English as being gentlemen who strictly adhere to the established rules of conduct. This stereotype is very popular in the Bulgarian as well as in the international joke repertoire. It is well-known that such jokes are typical of countries with a powerful aristocracy in the past, where they are obviously a part of formation processes of a particular group, class, and most probably – also of social and historical identities. So it is difficult to tell what kind of affiliations Bulgarian people construct while telling those jokes. Besides, one should never forget that the message, carried by the character of the English nobleman, is rather essential. Otherwise, he would hardly be one of the favourite joke characters.