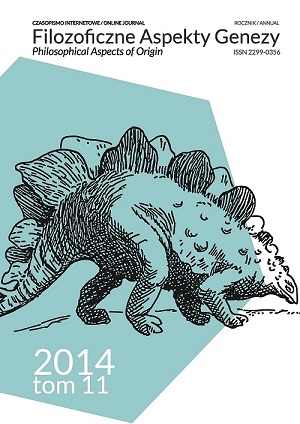 Summary/Abstract: At the end of 1859, the most revolutionary book in the history of biology began appearing in English bookshops. Its author, Charles Darwin, called into question the idea of the permanence of species and claimed that life on earth evolves by purely natural processes. Darwin’s book had six editions, each of which included changes by the author. One of the best-known examples is the rephrasing of the last statement from the first edition of On the Origin of Species, to which the English naturalist added a mention about the Creator. Although in some of the commentators’ opinions this was a sign of the acceptance of the supernatural origin of life, it was, in fact, Darwin’s thoughtful strategy to diminish the controversial overtone of his book, which might cause problems with acceptance of his theory of evolution by natural selection. The other reason for mitigating the ideas stated in the book might have been the will to calm down his wife, who feared for Darwin’s salvation and their common stay in Eden.