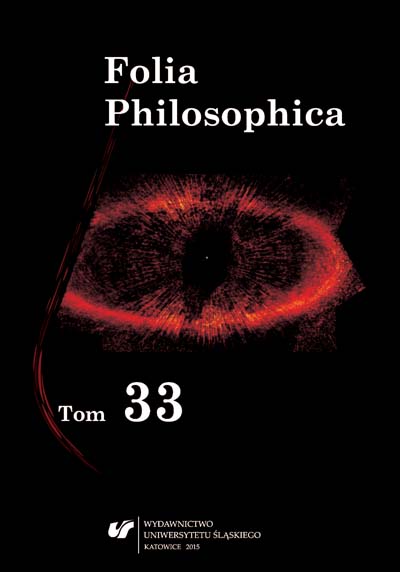 Summary/Abstract: The present article focuses on the ethos of philosophical way of life occuring in Plato’s "Fedon", the essence of which is depicted in the phrase “a day without tomorrow.” This expression suggests that character of a philosopher’s existenece which allows for a significant redefinition of life, death and immortality. Their traditional understanding could imply certain chronological consequence which, in a philosopher’s life, becomes obliterated. A philosopher — due to the specificity of his work — “already” exists in the dimension of eternity of “things themselves”, no longer waiting for any final fulfillment in immortality that ends one’s life. The borders between life and death are being crossed. The beauty and good of just actions, based on the experience of stability of “things themselves”, moves the enthusiast for wisdom to the sphere where existence, undisturbed by the spectrum of deadly end dominates.