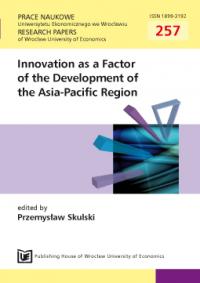 Summary/Abstract: The models of integration in Asia and America deserve a comparative study, with Europe as a point of reference. Such a comparison makes sense because of the common roots of European and American civilisation as well as the colonial past common for some parts of Asia. It is justified also because European integration processes are the most advanced. The analysis of factors deciding about the accepted models of integration helps to understand reasons for the differences between the economic integration processes in Europe, America and Asia, and consequently reasons for their different advancement and impact on participant development prospects. Thus, the comparative analysis is marked off by socio-political and economic characteristics of countries grouping on three geopolitical continents. We believe that institutionalised forms of economic cooperation on the studied continents and their economic activity scenarios are correlated with the characteristics of a state from a given continent. The cultural patterns absorbed from the outside (in the convergence process) after their internalisation become endogenous.